My lovely lady came up with the title.  She’s kind of fantastic that way...

Eventually it all comes down to this, doesn’t it?  I’ve crafted a character with a detailed backstory, some wonderful nuances and habits, and even believable speech patterns that stand out in a crowd scene.  It’s a character every reader can picture in their minds and relate to on a personal level.
And it’s time to put a bullet in their head.
Killing people in a story is a delicate thing.  I don’t mean this in some artsy, poetic way.  I mean it more in a “cutting the wires without disturbing the mercury detonator” way.  It’s something that has to work precisely on several levels for it to be effective.  And just like that detonator, if I’m going to do a half-assed job with it... well, I’m really wasting everyone’s time.
But probably not for long.
Here’s a couple of loose guidelines for killing someone... and getting away with it.
First off, if I’m going to kill a character... well, it means I need a character, right?  A real character.  I can’t expect there to be a lot of emotional impact from the death of a tissue-thin stereotype.  Killing cardboard cutouts is fine to drive a body count, but it’s not going to drive a plot and it’s not going to motivate anyone on a personal level.  It’s not going to affect the reader, either.  If I say Joe, Tom, or Mary just died in a car crash, that really doesn’t mean anything to any of us.  I can’t create Wakko on page fifty, kill him on page fifty-one, and think it’s going to have any emotional weight—either with the other characters or with my readers.
Second, this character’s death needs to drive the plot forward.  That’s what good story elements do, right?  They keep the narrative moving—not necessarily upward or into positive place, but forward.  Killing a character who’s well-developed but has no connection at all to the plot doesn’t accomplish anything. 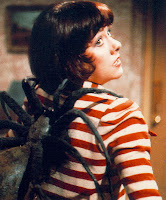 I’ve seen a couple writers fall back on this sort of thing in an attempt to build tension.  The plot will be rolling on and then we’ll pause to meet Phoebe.  She’s thirty-one, blonde, likes to wear combat boots with everything from jeans to her little black dress to her bikini on the way to the beach.  She’s been seeing a great guy for a couple of months now and she thinks on this upcoming ski trip he might even get down on one knee—OH, she’s dead.  The bad guy got her.  Or the zombies.  Or the giant spiders.  Now let’s go back to the plot for a few chapters before I take a moment to introduce you to Yakko.  He’s a college dropout who went to work for the park service.  He’s also been seeing a great guy for a couple of months now (not the same one as Phoebe) and he thinks on this upcoming ski trip he might even get down on one knee—OH, the spiders got Yakko, too.
This kind of thing works once.  Maybe twice.  But it gets old quick because it doesn’t really build any tension.  When my story is about Wakko and Dot hunting the spider queen in Brazil, telling the reader that two unconnected strangers were killed by giant spiders in San Diego doesn’t have much effect on my plot .
If I’m going to kill a character, I want it to inspire my other characters.  It needs to motivate them one way or another to strive for their goals.  Alternately, this death needs to become a major challenge in reaching those goals.  If my partner Wakko is one of the only people who knows the spider queen’s vulnerable point and he just took a talon to the head... well, crap.  Where does that leave me?
Third is that this death needs to fit structurally within my story.  As I’ve mentioned before, the dramatic structure of a story needs to be a series of ups and downs.  There need to be slowly increasing challenges, which require greater efforts for my characters to overcome, and help build tension.  If I’m going to kill someone off, their death needs to fit within this general structure.
To go back to the example I just gave, if Wakko’s one of the only people who knows the spider queen’s weak point and he’s killed by the guards just outside her nest... that’s awful.  In a very good way.  I’ve just created a major stumbling block, because I’m out in the middle of the Amazon, at the center of the web with no one around for miles, and I’ve got no idea how to stop the queen before she fills her egg sac with ten thousand giant spider eggs.
If my partner Wakko dies in the first fifty pages, though...  Well, it’s a big spike at the start of the story, which means everything after it is either going to be lower, or it’s all going to be just as high and my story’s going to stay at the same level for ages.  Plus, there’s no real tension here.  If Wakko dies on page forty-eight but there’s four hundred pages left in the book... well, odds are my characters have time to find someone else who knows those weak spots.
Now, all that being said...
Some writers push a school of thought that says killing characters is no big deal.  These folks almost brag about it, that they end lives randomly.  This is more artistic, after all, more like real life.  Absolutely no one is safe in their books.
I find this to be a rather stupid approach.  For a few reasons.
One is that we’re not talking about real life, we’re talking about fiction. Real life is chaotic and structureless and people often die for no reasons at extremely inconvenient times.  In my stories, though, I’m God.  Nothing happens without a reason.  Everything in the world of my story is part of my master plan, and if it isn’t... well, why is it in my story?
Which brings me to reason two.  If my characters are dying at random in ways that don’t advance any element of the story, then it means my story has no structure.  A death is a big setback (especially for the person who died), and odds are if there’s no spot for that big setback in the narrative structure I’m going to mess up my flow.  Plus, if I’m a hundred pages in and Phoebe, my main character, has an unknown aneurism burst in her forebrain so she dies instantly... well, what happens now?  Is the story over?  Does Wakko take over as the main character?  If I was going to have him as the main character (in this world, I am God, after all), why did I spend a hundred pages on Phoebe?

And that’s the third reason this view isn't too smart.  Odds are a random death means failure.  One way or another, Phoebe has dropped the ball big time—even if it’s not her fault.  She stepped off a curb without looking, ate an egg without cooking it all the way, or just stood up a little too tall while on that away mission.   She’s failed to reach her goals (she had goals because she was a real character, right...?), and that means we just spent a hundred pages identifying with and investing in someone who didn’t win.  On any level.  We’ve been identifying with a loser with crap luck (she must have crap luck—she just died randomly, yes?).  I don’t know about any of you, but that isn’t going to make me happy.
So, a good death (if there is such a thing) is going to have real characters.  Their death is going to help drive the plot (one way or another).  And it’s going to happen at a point in the narrative that makes structural sense.  If I’ve got two out of three of those, I’m probably in good shape.  One out of three... maybe not so much.
And if I honestly don’t know if I’ve hit two or three of those points... well, maybe we should stay the execution.  Just until we can confirm what the governor said in that last phone call...
This time next week I’ll be up in Seattle for Crypticon, so I’m going to try to get this post up Wednesday night before I leave (assuming I don’t cut things too close).
And if you’re in the north-west neighborhood next weekend, please stop by and say hullo.
Until then, go write.