Hey, so I know last time I said I was going to talk about twists, but...

This past weekend I subbed in for Jonathan Maberry at the San Diego Writers Coffeehouse and we talked about... well, all sorts of stuff. NaNoWriMo. Agents. Editing. One interesting question that came up was how do you edit? Which is a fair point. I’ve talked about editing here a bunch of times, but not anywhere near as much about what it is or how we do it.

First off, we need to be clear that there are different types of editing. There’s the type we’re going to talk about now (which I’m just going to call initial editing) but there’s also story editing and copyediting. I’ve talked about those a bit before, so I won’t go into them two much now. I will note that they exist and that all of these are very different things. So when we talk about editing—if we’re offering it, asking for it, or just doing it ourselves--it’s kind of important we’re clear what we mean.

What we were talking about at the Coffeehouse, and what I shall blather on about here, is what I’m going to call initial editing. There may be a better, more generally-recognized term for it, but that’s what I’m going with here. Really, I should’ve been calling it something like this for ages now because, like I said, they’re all different and I should’ve been as clear as possible. 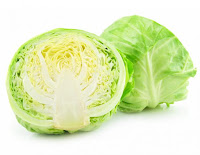 This is the first real attempt at trimming and tightening my manuscript. If I was cooking, this would be the trimming the fat stage. Like, literally, trimming the fat. I can have a nice cut of meat (or a good head of cabbage, if you prefer) but that still doesn’t mean I’m going to use 100% of it when I cook. I’ll cut off that layer of fat and maybe that piece of gristle. I’ll peel off those outer, kinda banged up leaves of cabbage, but also trim them away from the really hard, solid stem at the core of the head. This is when I take thing that’s good or nice and make it into something great—something I want to impress other people with.

For our manuscripts, right off the bat this is going to mean having an open mind and a willingness to accept some possibly uncomfortable facts. If I refuse to believe there’s anything wrong, it’s really tough to fix anything. When I finally get to that first solid draft—usually the second draft, for me—it means things are very likely a little bloated with excess words Things that aren’t necessarily wrong, but my manuscript will almost definitely be stronger and cleaner without them.

I’m just going to list some words and phrases to keep an eye out for. To be very clear, this list isn’t complete and it definitely isn’t the end-all-be-all of things you should absolutely always delete from your manuscript. But I think it’s a good starting point, and as we go through maybe you’ll start to feel a pattern, a sense of the kind of stuff you should be looking for when you pull out the knives and start cutting. So fire up your word processor (or your blue pencil, if you’re hardcore old-school), find your Find function, and start looking for...

Adverbs and Adjectives—
Let’s just start with the big ones. A lot of folks have very strong opinions on adjectives, and especially on adverbs. Man, they hate adverbs. Some people think all adverbs should be ripped out of your manuscript while other people think all adverbs should be burned alive in your manuscript. And some people say adverbs are wonderful things and we should cultivate them like clover on a low-water front lawn.

I’m not a fan of adverbs. They have their uses, absolutely, and I'm not saying I never use them, but I also know a lot of the time they’re something I stick in quick to modify a verb rather than spending a few seconds to find the right verb. It’s an easy habit to get into, because pretty much every sentence is going to have a verb and I can pause for five seconds here, ten seconds there, and suddenly that’s an extra minute I spent on that paragraph. Five or six minutes on this page. It’s a drag we can feel, so it’s not uncommon to fall back on our first choice. Which is why people slowly run or quickly run or clumsily run when they could be ambling, dashing, or stumbling. A good rule of thumb I got years back that I try to follow is four adjectives per page, one adverb.

That—
That can be a killer. There are times when it’s necessary for comprehension, or maybe even grammatically required depending on how I’ve structured things, but on a guess I’d say 75-80% of them are unnecessary in a story. It’s not uncommon for me to delete around 200 thats during my initial editing, if not more. Think about it. That’s almost an entire, actual page cut from my manuscript just by focusing on one word.

Somewhat Syndrome—
An editor friend of mine came up with this a while back. It’s from a bad habit I had of modifying, well, everything. Even in a loose third person POV, it’d seem odd for someone to look across a room and say “Yakko was six-foot-two and weighed one hundred-ninety-five pounds.” It just feels unnaturally accurate, doesn’t it? Sure, some characters might have that sort of precision, but not many. So I’d soften it up a bit. “Yakko was somewhere around six-foot-two and weighed maybe one-hundred-ninety-five pounds or so.”

Over the years I’ve come to add a few other words to this list, but for starters just try looking for things like somewhat, about, around, maybe, might, sort of, a bit, and kind of.  I’ll also toss out that I saw a similar list from Benjamin Dryer recently and he suggested cutting very, rather, really, quite, so, of course, and in fact.

Heck, while we’re at it, let’s mention appeared to be and its evil step-siblings seemed to be and looked like. The thing is, these phrases aren’t supposed to be used alone. They’re almost always part of a literary construction where the second half of that structure is either an implied or actual contradiction.  So when I’m saying “Yakko seemed to be six-foot-two,” what I’m really saying is “Yakko seemed to be six-foot-two but really he was barely .”  And what I meant to say all along was just “Yakko was six-foot-two.”  So I should probably triple-check these and make sure I’m not accidentally establishing a contradiction I don’t mean to be (and wasting a bunch of words in the process).

Looking back over this list, it’s probably worth mentioning that, yeah, when I delete some of these words and phrases it might mean I need to spend more time rewriting other things so my dialogue or narration still makes sense. Sorry. It happens. Probably want to make sure I also don’t just repeat the problem. It’s all part of the normal editing process.

And again, I want to stress--these words aren’t always wrong. I can use multiple adverbs on the same page. I can say someone’s around six-foot-two. There are totally valid reasons for these things to happen. But the whole point of this initial editing is to look at how often I’m using these words and patterns. And to figure out if they’re really necessary.

Now, these aren’t the only things I tend to look for in this initial editing pass. There might be (will probably be) plot threads, descriptions, characters, and more that can use a little trimming. If any of you like, I could talk about editing those, too. But I think for now, this is long enough. We’ve all got things to do.

Speaking of which, to bring things full circle, this Sunday at is the Los Angeles Writers Coffeehouse at Dark Delicacies in . Come on by and talk with us about writing and publishing and all that sort of stuff. Or just lurk in the background and browse the store while you listen in. Either was, I’m bringing little danishes.

And next time, yes, twists. Finally. After that it’s up to you.