Black Friday VII—Elf on the Shelf in the Hood

So, hey, now I’d like to alter the mood a little. Let’s talk about this whole Black Friday thing and the holidays and being poor for a couple of minutes.

Because being poor at the holidays absolutely, completely sucks.

Being poor’s just a constant feeling of tension.  Of being painfully aware of what you don’t have and what you can’t do.  And for the past ten or fifteen years, a lot of folks have made it painfully clear that they judge you because of that. They find you lacking as a person because of your poverty.

And again... you can feel people judging you over it.  At every office party or gathering of friends or family dinner.  You get judged for being trapped and powerless. Hell, you end up judging yourself, and it just becomes this endless cycle of guilt and resentment and desperation.

And, yeah, as some of you know, I’m speaking from experience. I’d saved a little money before I became a full-time writer, but two or three random-but-normal problems—car repairs, a sick cat, a pay cut at the magazine I wrote for—and wham I was poor. I mean... nothing. Cards maxed out. Stretching every paycheck until it was tissue thin. The phone got shut off. My partner and I didn’t turn the heat on for three winters in a row. We stole toilet paper from the library. Pretty much everything we ate came from the 99 Cent Store. Frikkin’ Shane Black offered to sit down and talk with me over coffee for an article I was working on. And I had to turn him down ‘cause I couldn’t afford the gas to get me across the city to where he was. Hell, I didn’t have enough money to buy a coffee.

Look, some folks just love to snort and blabber about “entitlements” and “nanny states,” but the simple truth is that the vast majority of poor people don’t abuse the system. They’re way too busy just trying to survive with their health and maybe just a shred of dignity. And I say that as someone who spent three years constantly on the edge of panic and feeling sick with despair.

And holy hell I hope that none of you reading this are there right now, feeling helpless and sick with despair. Because like I said before, it seriously sucks to be in that position.


But if this is where you are right now—if you’re in that same crappy place I had to be in for three Christmases in a row—maybe I can help. 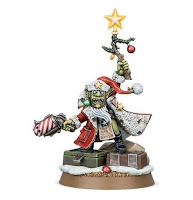 If you  can’t afford gifts for your friends or family, get in touch with me at my old business email--PeterClines101@yahoo.com. I’ve got about two dozen books here, I think, that I’ll autograph to whoever you want and mail out to you. Or to someone else, if you need it shipped. I can even gift wrap if you need it (seriously, I am a fantastic gift wrapper). Most of these are paperbacks of Paradox Bound, but there’s six or seven other things in here, too. Think I might still have two or three of those big audiobook CD sets, too. If audiobooks work better for your special someone, just say so. You can request a specific book but I can’t promise anything.

Past that, though... I’ll send them out for as long as the books last. If you need some help this season, just ask

Again, this is only for those of you who need some help getting gifts for others. The people who are pulling unemployment, cutting back on everything, and feeling like trapped because they can’t afford gifts for family or friends.  It’s not so you can recommend someone who might like a free book.  You could do that for them, too—go get them a book. They’ll love you for it.

Speaking of which—look, whenever I do this folks offer to chip in and help out. Like I just said, you don’t need me to do that. You can go be fantastic people all on your own. Seriously, I’m willing to bet cash money there’s a toy bank or a food bank or some kind of program within ten or fifteen miles of you right now.  You could help out with that.

Also, I’m also doing this on the honor system, so if you’re just trying to save yourself some money or score an autographed book... well, I can’t stop you. But let’s be clear—if you do, you suck. You’re a deplorable person who’s taking a moment of peace and relief away from someone who really needs it this holiday season. Don’t act surprised when karma kicks you hard in the ass over New Year’s.

Anyway, Happy Holidays. Let me know if I can help out