By the time you’re reading this, I’m either high in the air soaring over the American southwest, or possibly landed and already in the hotel bar.  Yes, even if you’re reading this sometime on the weekend, there’s a decent chance I’m in the hotel bar.  I'm at Texas Frightmare Weekend, stop by and say hullo.
Anyway...
Looking back through things, I decided we were overdue to discuss that most favorite of topics... spelling.
I know I hammer on spelling a lot.  At least two posts a year, which means something like one out of twenty posts on average.  I brought it up at the Writers Coffeehouse recently and got a couple pleasant smiles and a few eye-rolls from folks.  Even as a non-telepath, I could almost feel and hear the thought-waves bouncing around the room.  “Of course we need to know about spelling. That’s a given. Can we get to the important stuff?”
Here’s the thing though...
I’ve talked with lots of editors.  And a couple of agents.  Plus, back in the day, I interviewed a dozen or more folks who ran screenwriting contests across the country (even some of the really big ones you’ve heard about).  D’you know what every single one of them named as the number one mistake they saw?  The most glaring, common problem with submissions?
Spelling.
Grammar came in a close second, but everyone said spelling first.  Not formatting. Not subject matter. Spelling was the problem they saw again and again and again.

Which is why I tend to go on about it here.  It’s a very basic, very common problem, one that can lead an editor to throw my manuscript on that big pile on the left.  And I think the advent of technology has made it a hard problem to acknowledge. For example, if you’ve been following the ranty blog for a while, you might remember me using this sentence a few times before...

Inn odor two kell a vampire yew most half a would steak.

Now, the first impulse is to say pretty much every word in that sentence is spelled wrong.  The catch is... none of them are.  Oh, most of them aren’t the right word, yes, but they’re all spelled correctly.
This is what I’m talking about with “the advent of technology.” See, when I ran this document through a spellchecker, it leaped right over that sentence.  Because there aren’t any spelling mistakes in it.  And so this leads a lot of people to believe they’re much better spellers than they really are.
Also, to be clear, I’m not talking about typos.  Y’know, when you’re going to fast and leave an O off too, or you’re just caught in the moment and miss that R altogethe.  Or we’re in a groove, type hear instead of here, and forget to go back in the flurry of words.  That happens to everybody.  All of us make typos.  Every pro writer, every novice, every rank amateur.  I don’t think I’ve ever shown a manuscript to a beta reader or editors and not have them find at least half a dozen typos in there.
What I’m talking about is not knowing how to spell in the first place.  If I don’t know the difference between its and it’s, I’m going to have a tough time as a writer. Same thing with the infamous they’re, their, and there.  If I’m pretty sure I know what anathema means (deadly poison, right?), but I never bother to actually learn what it means, odd are I’ll be using it wrong a lot.

And when I make all these mistakes, my spellchecker’s still going to tell me my manuscript is absolutely fine.  And so some folks who are really awful at spelling never improve.  They see no need to.  The computer told them they were right.  You’re not going to argue with the Machine, are you!?!?  It told me the words were all correct!!
That’s when this gets really silly.  Sometimes the spelling will be so redacalusey off on a word that spellchecker kind of flails for a second and throws out its best guess.  And if I don’t know how to spell or what words really mean, I might just blindly accept whatever the Machine tells me.  Like up above.  You understood from context that I meant to write ridiculously, but the spellchecker just looked for a close match and gave me radicalize.
Let me give you another example.  I read a manuscript recently with a heavy crime element and it kept referring to “the infighting incident.”  I could not for the life of me figure out what it was talking about.  Was there some internal mob power struggle going on that I’d missed?
After a few attempts, it hit me. The author hadn’t written in infighting—they’d written insighting, a bad attempt to spell inciting.  So when the Machine hit insighting, it suggested the closest word and they said “sure, change it.”
Check out this list of words. They’re all pulled from various books, articles, and blog posts.  One or two of them were mine.  All of them are from people trying to come across as professionals.

a lot vs. allot
pleas vs. please
possible vs. posable
mascara vs. massacre
tact vs. tack
your vs. yore
aloud vs. allowed
lo vs. low
canon vs. cannon
peak vs. peek
ensure vs. insure
Claus vs. Clause
marital vs. martial
wanton vs. wonton

Did you know them all?  Did you really know them all, or are you just sort of aware that these are two different words?  If I picked one of these pairs at random, could you tell me the difference between these words? 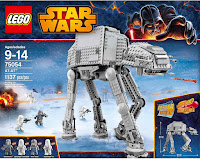 For example, Amazon once offered a LEGO AT-AT for sale which came with possible legs.  I’ve lost track of how many authors I’ve seen fire canons at me, often back in the days of your.  And if we’re talking about late night encounters, would you rather be writing about a peek experience or a peak experience?  Depending on your personal preferences, either one might pique your interest, but they’d be two fairly different things.  And when I try to bring these points up in discussion, somebody almost always tries to change tact.
If I want to be a writer, I have to know words.  I have to love them.  Words need to be to me what clay is to a sculptor.  A sculptor can tell the difference between clay and plasticene, between green stuff and Fimo, and between Sculpey and Play-Doh.  I need to know the difference between they’re, there, and their.  I need to understand that infighting and inciting aren’t remotely the same thing.
I need a better-than-working vocabulary.  I need to be able to spell.  Me, not my spellchecker. Because my spellchecker is an idiot, and idiots make lousy writing partners.
Next time, I’d like to challenge you with something we haven’t talked about in a while.
Until then... go write.