Late again.
But I’m keeping lots of other schedules, if that matters.
Anyway... 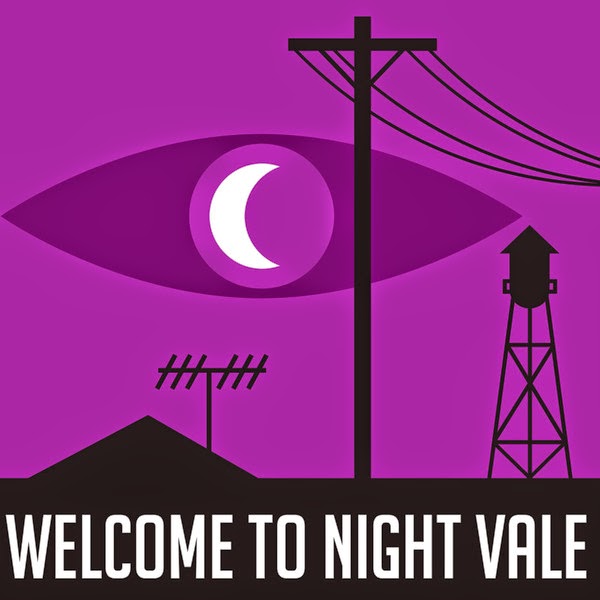 I’d been playing around with the basic idea for this post when I was scooped by Welcome to Night Vale.  If you’re somehow not familiar with it, it’s a fantastic podcast that purports to be the community radio show from a very, very odd little town out in the desert (although not as odd as those jerks in Desert Bluffs).  If you follow them on social media, they occasionally toss out little Night Vale-ian sayings about life, death, horoscopes, janitors, and so on. A week or so back, there was this one...
Death is only the end if you assume the story is about you.

Which is a funnier way of saying what I wanted to talk about.  See, I was going to tell you about the dinner I had the other night.  It was one of those nights where my girlfriend and I just decided to scrounge up meals for ourselves rather than make an actual meal together, and I’d been having odd cravings for scrambled eggs.  I’d also been feeling a little nostalgic because—silly as it sounds—we didn’t eat breakfast Christmas day.  And I’d been thinking about the breakfasts my dad would make on Christmas mornings when my brother and I were kids and we still lived at home.  It was a small, simple tradition, but it was something I’d been thinking about.
So... That’s what I had for dinner.  Breakfast.  I sliced some kielbasa—yep, kielbasa as breakfast sausage—scrambled three eggs, added a few mushrooms and a bit of cheese, and cooked it all together.  Which I ate while watching an old episode of Home Movies. The ren faire episode, if you care.
It was a wonderfully satisfying dinner.
Well, it was to me, anyway.
What am I getting at?
There’s a Mel Brooks quote I’ve paraphrased here a few times before.  “Tragedy is when I cut my finger. Comedy is when you fall into an open sewer and die.”  It’s usually used to emphasize the comic aspect, but I think it works well in reverse, too.  Many people fail to see that what they consider great, powerful drama is actually, well... not.
I’ve mentioned before—several times before—that for screenplay contest readers one of the most dreaded scripts is one that comes with a “based on a true story” label.  And the reason for this is that most of us live pretty average lives.  Yeah, even the dramatic parts. We have great successes and miserable failures.  We get knocked down and we pick ourselves back up (or not, sometimes).  We lose people we care about and we find new loves.
So a lot of these “based on a true story” scripts tend to be... well, dull at best.  Tedious at worst.  Neither of which are labels we want on our writing
Y’see, Timmy, my life feels special to me because, from my point of view, I’m the main character.  So lots of elements of my life may seem exciting. boring, hysterical, or tragic to me, but that doesn’t automatically mean they will to you.  Or to him.  Or to her.
Honestly, quite a bit of my life is average.  Many of you would probably even call it boring.  And I recognize that, which is why I rarely use me as a reference.  Or as a guideline for what most people should know or how most people would react.

One of the skills we all need to develop as a writer is the ability to sift good ideas from bad ones.  Or common ones.  To recognize that just because something hits me hard doesn’t mean it will have the same resonance with everyone else.  It’s an empathy issue, something I’ve brought up many times before.  If I have trouble honestly seeing the world through different people’s eyes, I’m just not going to be good at this.
I don’t want to tell you my story.  My story is boring.  That’s why I want to tell you St. George’s story.  And Danielle’s story. And Mike’s story. And the story of how Eli and Harry met three times before they ended up traveling together.
What story are you going to tell?
Next time I’d like to talk about firearms, power tools, sports cars, and other expensive things people spend money on for the wrong reasons.
Until then, go write.