Why You Didn't Win

This week’s rant is a bit screenwriter-centric, but it really applies to any sort of submission anywhere. The following words are going to be a bit harsh (even for me), so if you’ve got thin skin... well, next week I was going to talk about characters a bit. If you’re quick to offend, maybe you should just go check out John August’s blog for now and come back here next week.

So, last night I was at the Nicholl Fellowship dinner to see the five new folks get awarded their fellowships. I couldn’t help but notice a lot of you weren’t there. In fact, lets be honest... most of you reading this weren’t there. I’d even be willing to bet a few bucks none of you were there.

Granted, I’m betting not all of you entered the Nicholl this year, but I’m pretty sure a couple of you did. And you weren’t there last night, were you?

A shame really. The steak was fantastic. I mean, seriously, it was amazing. Three of the best meals I’ve ever had have been at Nicholl dinners.

First off, let’s get one thing straight. Nobody deserves to win a contest. Just because all your friends won doesn’t mean you get to as well. It’s never your turn, it’s never about time, and luck has very, very little to do with it. We’re not talking about statistics. A screenplay contest (or any writing submission) is not a lottery.

With that being said, the ugly truth is, most of you reading this don’t deserve to win a contest anyway. Especially not one as prestigious as the Nicholl. That’s all there is to it. You can argue all you like but that’s the way it is.

For the sake of this discussion, let’s say I’ve decided to hold a contest for horror screenplays. One grand prize, with four lesser prizes. Everyone who subscribes to the ranty blog enters, and let’s say some folks past that, too. By fortunate coincidence, I end up with 100 entries.

Let’s look at those 100 scripts (or short stories, or novels, or whatever it is sitting in a big pile in front of me).

Well, first off, there’s the 50% rule. Out of these 100 screenplays, odds are half of them are going to go right out the window. Figure some people submitted comedies or dramas that features zombies, but they figured it wouldn’t hurt to try. Some of them probably didn’t even have a horror element--they were just straight romcoms or fantasy or sci-fi. I’ll probably recognize their genius and give them an award anyway, though, won’t I?

Plus a few of them will be short stories, not screenplays, and probably a few that are in stage play format, too. One or two will be novels that were very poorly converted into a screenplay template (I mean, it’s all essentially the same thing, right?). 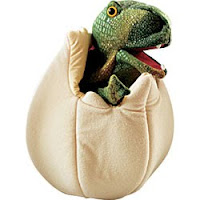 And some will just be God-awful. No other way to say it. Twenty blatant typos on page one. Characters so flat they could slide under a door. Dialogue that makes it sound like English is everyone’s second (or third) language. A plot that sounds a lot like a five year old explaining where dinosaurs came from.

So right there, 50% gone from my horror screenplay contest with almost no effort on my part. Maybe as few as 40. Perhaps as many as 60. In my experience, though, 50% is a great rule of thumb.

The next level of cuts will be those scripts that just don’t measure up. They’ve got an interesting premise, maybe a very clever take on an old idea, but they just didn’t do enough with it. Maybe the writer didn’t work on the screenplay enough because they took the lottery mentality and tried to enter four or five scripts that all could’ve used another two or three drafts. Or maybe it was just one script and it really just needed one more polish.

True story. A few years back I entered a contest that kept their own message boards up so people could talk. One guy proudly stated on these boards that he’d entered over a dozen screenplays. He also directed people to his website, where he had loglines for the three dozen or so scripts he’d written in the past two or three years. When none of his scripts placed, it was all the proof he needed that this contest was obviously a scam.

(I came in third. Got a free copy of Final Draft and a nice certificate.)

If this is the first draft of your script, it’s not going to win a contest. A lot of you may argue that there's always a chance, I shouldn't be negative, you may be a truly gifted amateur, blah blah blah, yadda yadda yadda. This is true. It’s also true, by every known law of physics, that random atoms in the air could come together in just the right way as to form an ounce of pure gold that drops right into your lap. True, and statistically possible, but the odds of it happening are so insanely, ridiculously low that you might as well say it’s impossible.

Please note, this doesn’t mean the script is bad or the writing is inherently flawed. It just means it isn’t polished enough. Despite what you may believe, there are actually tons of diamonds in the world. Literally, tons of them. They’re not all gem-quality, though, and not all of the ones that are get cut and polished correctly. That’s why engagement rings cost half a year’s pay.

So, that kills almost 2/3 of the scripts that are left. They're good, but they aren't great. Now we’re down to seventeen entries (rounding up, because I’m feeling generous).

Next is the rough one. It’s the human factor, and it pervades every single level of the judging process to a small degree. Readers are human beings doing a job. They have good days and bad days. They can get distracted or they can focus on the wrong thing. Think of your day job-- are you 100% focused on it every minute you’re there? Or does your mind wander to your holiday shopping, your personal life, wondering about the cute temp’s personal life, wondering if your boss is that clueless or that brilliant...?

Well, readers do the same things. And, alas, they do it while reading your script.

There’s plusses and minuses to this. On the downside, your sci-fi romance screenplay might land on John’s desktop. John hates sci-fi and he just found out Phoebe’s dumping him for someone else. So today, well... today it might be a little tough for him to be impartial. You’re probably going to lose a point or three from him, and those points are crucial.

Or it might land on Wakko’s desk. Wakko loves sci-fi. Lives and breathes it. He’s got an Enterprise telephone and a TARDIS cell phone charm. Plus, he had his third date with Phoebe last night and... well, the third date went very, very well. So he’s thrilled to get your script and he’s almost definitely going to pass it on to the next level, even if maybe it doesn’t really deserve to make the cut..

Then again, it could go to Dot. She’s okay with some sci-fi, doesn’t mind it, but your script will get a fair shake with her. But little indy character dramas with no plot? Man, she loathes those things...

At the most though, as I said, we’re only going to lose a few scripts to this. Let’s say three.

Now we’re down to fourteen out of the original hundred. See how quick they go away?

Last but not least...not everyone wins. When it comes down to it, contests have only so many slots for winners, and they can't hand out prizes to every script that may deserve them. I’m giving away five prizes. That’s it. You can write a spectacular script and still come in second. Or even eighth.

Keep in mind, while not winning is heartbreaking, it doesn't have to be the end. Many contests offer feedback and judges’ comments on entries, so losing can still get you valuable information about how your script was perceived. You can use these responses to hone and polish your script even further, so the next time it goes out it will be stronger than ever.

It’s also worth noting that several producers, agents, and managers who keep track of contests look at the semi-finalists and finalists with just as much interest as the actual winners. James V. Simpson was a finalist for the 2006 Nicholl Fellowship. He didn't get the fellowship, but his screenplay, Armored, still ended up selling for almost half a million dollars and got released earlier this year with a star-studded cast.

You will not win every contest, but--as special-snowflake as it sounds-- you can try to make every one a positive experience.

Next time around, I want to talk about character. Because good characters rule.

Until then go write. And don’t get discouraged just because you didn’t win this time.