...But Three Rights Do Make A Left

Punchline. You get it or you don’t. And if you get it, you’re already ahead for this week’s rant.

A common pearl of wisdom from gurus is “write what you know.” At its simplest, this little nugget means you should write about things you have experience with, and hopefully some love for. For example, I know comic books. I know Los Angeles. I also know horror. So, believe it or not, I wrote a book about superheroes staving off a zombie apocalypse here in L.A. and a bunch of people liked it. One of them even thought it was worth publishing, and now a lot of people like it.

The flipside of this is don’t force yourself to write things you know nothing about and can’t relate to. When you force writing like this, or falsify experience, a reader can spot it right away. How often have you seen someone try to write mobster discussions, scientific jargon, or period dialogue that just sounds like nonsense?

Most of us are average folks. We each have our little specialty, though, and that’s another place “write what you know” can come in handy. As I’ve mentioned once or thrice, I was trying to write stories before some of you reading this were even born. I have screwed up more stories, in more ways, than most of you ever have a hope of matching. You’ll give up on this writing thing long before you hit the levels of incompetence I managed at one point or another. However, it’s that same long experience and learning process that lets me speak with something vaguely resembling authority now. Not a lot of people can do that.

Likewise, not a lot of people have studied medicine, which gave Michael Crichton’s medical/ scientific thrillers such a great edge. Stephen King knows small-town life in Maine far better than most of us. Kevin Smith knows what it’s like to be lower-middle-class in New Jersey. Each of these people knew what they knew and wrote to their strengths.

A common complaint is "they didn't get the facts right." Check out Amazon or IMDb and whatever book or film you choose, there’ll almost always be some idiot pointing out the gross mistakes in it. I’m not talking about the occasional typo or misplaced comma. I mean that guy who feels compelled to point out that a passenger jet takes six and a half hours to travel cross-country from San Diego to Boston, not five. Or that the gasoline in a Geo Metro gas tank would evaporate after seven years so there couldn’t be any in the tank ten years after the apocalypse. Or that a katana would actually shatter if it hit a steel beam, not take a chip out of it. Plus everyone knows they didn’t actually make true katanas until well into the Muromachi period so there’s no way an 11th century Japanese warrior would have one.

Yeah, we all know that guy.

Y’see, Timmy, what this ignores is that sometimes there's a reason the facts are wrong. As I’ve mentioned many times before, reality is not a story point. I’m generally talking about screenplays when I say it, but it’s true for any type of storytelling. You need to get the facts right as often as you can, but you also can’t sacrifice your chosen tale on the altar of truth. As it’s been said, never let the facts stand in the way of a good story. 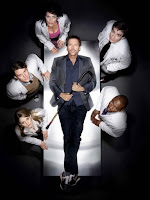 You want a good example of deliberately getting the facts wrong? Watch any medical or forensics show on television. House is a good one. A standard device on this show is to simplify procedures. Tests get run in minutes instead of hours. Test results take hours instead of days. No, this isn’t realistic, but it allows each episode to maintain a level of suspense and keep a ticking clock atmosphere. If House has to wait two or three days for each test result, that’s a lot of time to kill... and a lot of dead patients the way things work on that show. It’s just not as exciting to hear the team has two months to figure out what’s killing someone, so the writers bend the facts and condense the time. It also helps that 99.9% of us don’t know how long a chromahaemotomagraph test takes. Or exactly what it’s supposed to do. Or how to spell it.

Now, here’s an example from the other side of the coin. I was reading for a contest a few months back and got a story that revolved around planes. Maybe revolved is too strong a word. There were a lot of planes in it, and they were important to the plot. Sort of. I think they were.

Needless to say, the screenplay had other problems besides the one I’m about to bring up.

At one point the script spent almost three pages on a test pilot going through his pre-flight checklist. It was amazingly detailed, explaining what each system was, what it did, and examples of what could happen if said system failed. No question in my mind, this writer was an experienced pilot who knew his or her stuff. Some of this explanation was in dialogue, some of it was in action blocks, and some of it was kind of an inner-monologue thing. Like I said, there were other issues.

Three pages of that.

Now, being able to rattle off the entire pre-flight checklist for a fighter jet is damned impressive, more so if it's 100% accurate. But that doesn't mean it's good storytelling. To be honest, it brought the story to a crashing halt. It is information we don’t know, but is it really information we need to understand the story? If I didn’t know for a fact the pilot had checked the wing flaps, would some crucial part of the plot collapse later?

This is one of the most common mistakes people make when they write what they know. They feel the need to get the facts right because this is their particular specialty, but they get them right at the cost of the story they’re trying to tell.

One place I see this a lot is weapons. A lot of folks who know their weapons feel the need to list off a lot of information about them. So you get bombarded with makes and years and model numbers and ammunition and magazine sizes and... man, it gets boring just writing about it in general terms. Much like the pre-flight checklist, knowledge of firearms or fencing or martial arts is fantastic, but more often than not it just clutters the page and makes the story drag rather than impress people. Plus, since these almost always relate to action scenes, it’s the last place you want your manuscript to drag.

As a note to screenwriters, it’s especially lethal to load up a screenplay with these sort of details. Unless it’s life-or-death necessary to know the villain is using an Argentinean Bersa Model Thunder 380 Super rechambered for .45 caliber ammo--and the second act will disintegrate without this fact--he or she should just have a pistol. Once your screenplay’s getting made there will be an entire prop department that probably has a much better knowledge of firearms than you, plus a stunt coordinator with years more fight experience. We don’t like it when people tell us how to write--don’t try to tell them how to do their jobs, either. Use that space for your story.

Even if they’re all correct, we don’t need to know all the facts. Sometimes, in fact, it’s better to ignore a fact or three if you can do it without drawing attention to yourself. The most important thing when you’re writing a story is the story, not “getting it right.”

Now, I’d love to be able to say there’s some easy ratio of fact vs. fiction you need to keep track of when writing. It’d be great to just say “keep it at seven parts to three,” but saying that would be a complete fiction in itself. There’s nothing that easy about it. Alas, it’s one of those things a writer just need to get a feel for, usually after making several attempts, failing at most of them, and getting feedback that confirms this failure. And it’s conditional, too--you need a different ratio in a sci-fi story than you do in a comedy.

When all else fails, remember Samuel Clemens. “Get your facts first, then you can distort them as you please.”

Next time I think I’m going to rant about something that’s been driving me nuts.