Random quick question.  Do the links I drop in here show up okay?  I've noticed a few times they seem to get overlooked, and I'm not sure if it's a visibility thing or people just... well, not bothering to click through. Please let me know if you think it needs to be tweaked.
So, anyway, I wanted to take a few minutes and talk about the P word. 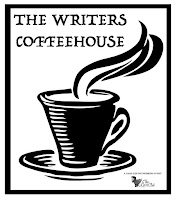 Over on the Writers Coffeehouse Facebook group, somebody asked a while back about prologues. I had thoughts, but that’s kind of a crappy platform for longer answers (Facebook, not the Coffeehouse group). Personally, I’m a big believer in the Facebook rule of thumb—with very few exceptions, if a post is longer than my thumb, there’s a good chance I’ll skip it.
I don’t think I’m alone in feeling this way.
Anyway, that long answer...
Yes, it’s true. Most editors cringe a bit when they see a prologue. They may display a strong bias against them. Sometimes—very few, but it may happen on rare occasions—they might even judge them unfairly.
But, usually, they’ve got a reason for acting this way.
Two things to address.
First is a small misunderstanding. It’s not like editors just hate the word prologue. They don’t see it and or fly into a blind rage or something. If I ask around, I won’t find a bunch of professional story editors who were beat up by a prologue every day after school in sixth grade and are exacting revenge now that they’re in the position of power.
What this means is that I won’t avoid the issues here by going “heh-heh-heh... I’ll just title my prologue ‘Chapter One’ and they’ll never know...”
They’ll know because of the real issue here.
And that’s point number two
Y’see, editors dislike prologues because so often… well, they’re done wrong. Yes, even when they’re titled Chapter One. Much like flashbacks, bad prologues are an all-too common problem, and on one level it just becomes a lot easier to say “don’t do it” then to explain the many issues that often pop up.
(oddly enough, when I’ve talked about flashback flaws, the first one I discuss is usually some kind of mislabeled prologue.  But that’s a discussion for another time...)
Investment is probably the biggest problem with most prologues. It’s something I’ve blabbed on about before. Writers try to have something super exciting/mysterious/sexy/scary happen in the first three pages, because so many gurus have pounded that sort of thing home again and again.

Without an investment in the characters involved, though, none of it means anything. At worst, it feels like my story stumbles right out of the gate.  At best, it’s got a tenth of the weight it would have if it was happening to someone who mattered.
But wait, says the clever writer. I will create characters for you to be invested in. They’ll be great, even if they don’t make it past the prologue.
Alas, I’ve talked about this before, too.  This is ye olde “describe and die” chestnut.  Or Brazil nut, really, because it's so frustrating...
Put it this way...  Have you ever seen a movie that begins with a lot of voice-over explaining things, but it turns out all that voice-over is unnecessary?  Or it all gets explained more organically once the actual story begins?  Sometimes in the first ten or fifteen minutes?
That’s the problem with a lot of prologues.
Now, if I may, I’d like to give one more thought on why—in my opinion—editors don’t like prologues.  Again, this is just my opinion.  Definitely not a hard-fast rule you should live by.
But I’d really consider it...
At least half of the time, an editor is only going to be reading the first fifty pages of my book.  I’m tempted to say most of the time.  And if those first nine or ten pages are completely unconnected to anything else in the next forty, well... I’ve kinda wasted 20% of my submission, haven’t I?  In fact, odds are I’ve wasted the whole submission.
Hang on a minute, though!  What if I just (heh-heh-heh...) don’t include the prologue for this submission? I’ll give them those fifty solid pages, then add the prologue back on when the editor—inevitably—asks to see the full manuscript.  Dodged that bullet, didn’t I?
Well, not really.  The editor’s going to remember seeing those first fifty pages.  They’re going to remember that they worked fine without the prologue.  Hell, they got a full manuscript request without the prologue.
So why does it have a prologue now?
Again, I’m not saying prologues are bad.  Nobody is. The first chapter of Harry Potter and the Sorcerer’s Stone is essentially a prologue passing as Chapter One.  The Fold has a prologue.   So do all the Ex-Heroes books.  They’re even titled as prologues.
And y’know what?  My editor’s never mentioned them to me once.  Because they don’t feel like false attempts to ramp up the tension.  They’re all part of the story.  They tie directly to the main characters.
Three quick questions I should ask myself about my prologue...
1) Does it involve the protagonists in any way?  If they’re not in it, not mentioned in it, if the events in it don’t effect them in any way... I may have a problem.
2) Does it actually have an effect on the plot?  Okay, if it doesn’t effect the characters, hopefully it at least get the plot going.  This could be that inciting incident we’ve all heard about. 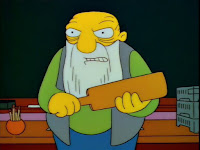 3) How long does it take for it to pay off?  If my prologue isn’t going to make sense until the last twenty pages of the book—or halfway through book three in the planned series—oh, that’s a paddlin’.

If my answer to one of these questions is iffy, I can probably still make my prologue work.  Probably.  If I’ve got questionable answers to two or three... well...
You better believe that’s a paddlin’.
And I don't know about you, but I try to avoid getting a paddlin’.
Oh, since I brought it up earlier, this weekend’s the Writers Coffeehouse here in Los Angeles.  Come by Dark Delicacies noon to three on Sunday and join us for our usual, rambling discussion of writing and publishing.  You’ll get to watch me offer writing advice in real time.
And next time here, we’ll try to have one of those character-building experiences.
Hopefully, not a paddlin’.
Until then, go write.