So, for those who came in late...
Amazon has always had a vague policy when it comes to authors leaving reviews for other authors.  We’ve all heard different stories and explanations, yes?  I can’t leave reviews using the same account my author profile’s linked to.  I can’t leave reviews for books I have a clear link to (through publisher or even just through topic).  I can’t leave reviews for people I have a social media connection to.
Naturally, this annoys a lot of writer-types.  Reviews are like gold to us. They are the spice, the precious, that which we prize above all other things.
Well, maybe not above being paid. But there’s a connection there...
Anyway, it struck me that I’ve seen a lot of articles about this sort of review-limitation.  I’ve also heard many stories about this person or that person having a review deleted for one book or another.  But I’ve never seen any hard data on this.  No real stats or numbers.  Which isn't that surprising as Amazon tends to be pretty tight-lipped about such things.  Since I’m kind of a nerd for such things, though... I thought I’d do it myself.
(oh, get your mind out of the gutter for once...)
So, here’s a couple ground rules/conditions/variables...
First off, I’m only going to review books.  That should seem like a no-brainer, but I figured I’d write it down just to be clear.  No movies or LEGO sets or anything like that. 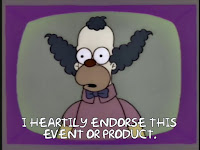 Next, I’m not going to put up any negative reviews. They might not all be five-star golden, but they’ll all be positive.  These are all books I really liked and enjoyed.  Part of this is just my own preference, but it also helps eliminate one variable (does Amazon view this as an “attack” review?) and simplify things a bit.  Yeah, there’s still the chance they’ll view it as a “kissing up to your friends” thing, but at least we’ve narrowed it down to that.
Some of these are big-name books by big name, New York Times bestselling authors. Some are from little indie presses or self published.  I won’t spell out which is which, but it won’t be hard to track if that aspect interests you.  I happen to think they’re all good and you should read all of them.
I follow all of the authors I’m going to review on Twitter, and have been for some time.  Most of them follow me as well.  I’ll note any cases where they don’t.  I’d guess maybe a third to half of them I’m also friends with on Facebook (I have a very small circle of friends there—most of my interaction is through my fan page). I’ll try to note that (and figure out those numbers).  Either way, I’ve had some level of public, back-and-forth online interaction
with all of them.
Some of these will not be Amazon purchases.  I’d guess about half of these books I received for blurbs or as gifts.  I’ll try to make a note of that as well.
I’m only going to put up one review a day to try to avoid being seen as a spam account.  I’ll most likely post at different times, just because, y’know, life.  I’ll try to keep them at least twelve hours apart.
Finally, I’m also going to put up a few reviews at the end as a sort of control group, reviews that should be rejected immediately.  For example, a review of one of my own books, an anthology I have a story in, and a few books that I’ve openly blurbed and also have strong ties to the authors.
Also, at this point, a heartfelt thank you to Kristi Charish, a great author and actual-for-real scientist who helped me beat this little dataset into semi-solid shape. So please remember, when said experiment goes berserk, breaks loose, terrorizes a nearby city, and kills thousands... she’s the one who insisted it had to be stronger.  Address your comments and lawsuits accordingly.
The first review, as it happens, went up yesterday. The second will be up shortly after this posts.  At the end of the month I’ll list all the books and authors in the order I reviewed them.
And a month after that... we’ll see where everything is and crunch some numbers.