Ahhh, jeeez.  I have to bring up the Goodreads thing again.
Sorry.
At this point The Fold has somehow made it to the final round of Goodreads best sci-fi novels of 2015.  This isn’t a humblebrag, I honestly have no idea how it ended up on this list.  There are a lot of much, much better books there.
That being said, I’ve promised the marketing folks I would keep talking about it.  So if you happened to like The Fold and maybe never got around to reading any of the other, better books, maybe you could toss one last vote its way during this final round.  Just so it isn’t a total slaughter.
Now... let’s move on.
This week, I wanted to talk a bit about outlines.  Thing is, it’s kind of a tricky topic.  So, to explain this in simpler terms, let’s talk about road trips.  Right now, let’s you and me plan out a trip from LA to New York.  If you’re already in New York, fly out to LA, hang out for a while, and we’ll drive back. It’ll be great.

Now, there’s a lot of ways we can do this.  We know where we’re starting, more or less (LA is a big place).  We know where we’re going (although our exact destination in New York might affect things a bit)  But there’s still a lot of flex room in how we do this.
We can just say, “LA to New York” and start driving east.  Done.  That’s the whole plan.  We’ll figure it out as we go.  Spend a little more time here?  Maybe sleep in a few extra hours there?  Maybe go on a wild detour just to see Great Meteor Crater?
We can get. To. New York.  I went on a road trip once and my partner-in-driving didn’t want to stop for anything.  Any.  Thing.  Petrified forest?  Roswell?  World’s biggest ball of twine?  No, nope, and no way.  We left Tuesday morning and we were going to be in New York for the weekend.  There were four points marked out on the route and that’s where we were stopping to sleep.  He didn’t see any point in wasting time because his goal was to get.  To.  New.  York.
We can plan out the whole thing.  All of it.  I have another friend who used to be a planner in his younger days.  Crazy planner.  He would plan road trips out for his family in half hour increments.  I’m not joking.  Meals, gas stops, bathroom stops, hotels, morning showers, 90 minutes at this natural wonder, 30 at this roadside attraction, 60 at this—DAMMIT!  We spent 40 minutes at the giant tinfoil ball!  That means no afternoon bathroom break. You kids are just going to have to hold it until dinner.  And it’ll be coming out of your dessert time, I’m warning you now. 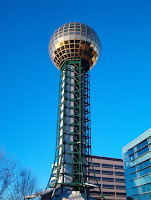 Anyway...
And all this isn’t even considering us and our personal quirks.  You might be great at that sort of long-haul, ten hours behind the wheel thing, but I might only be good for four or five hours at a time.  I might have a fantastic sense of direction, but maybe you need GPS and a map at the same time.  I love all these bizarre roadside attractions with alien jerky and the continental divide and the Sunsphere, but you’d rather spend the time either driving, eating, or sleeping
Plus, do we have time to spare on the road or do we need to be in New York  by this time next week?  Do we need to plan this out?  Is this a business trip or are we just having some fun for a couple of days?  Or weeks?
As I said above, there’s lots of ways to do this.
The same is true for outlines.  Maybe I don’t need one at all.  Perhaps I just need a few story points set down.  I could be the type who likes the whole thing plotted in exacting detail.  Maybe I’ve got ages to find my way or maybe I’m on a harsh deadline and don’t have time for even a single diversion.
Y’see, Timmy, it’s hard to give advice on outlines because it’s such a personal thing.  Every writer is going to be a bit different, and the only thing that matters is that this outline works for this person.  And—like a lot of writerly advice—the only way to find out what works for you is to try it.
I struggled with outlines for ages before admitting they just weren’t for me.  If you haven’t used one before and your writing output is fine... hey, why fix what’s not broken?  And if you find yourself wandering and you never seem to get anywhere, maybe planning things out to some degree might help you a bit.
This one’s all on you. 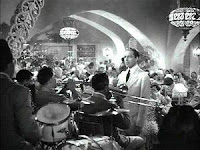 No pressure.
Next time... Okay, well, next Thursday is Thanksgiving here in the States, so I’m going to be watching Casablanca, The Maltese Falcon, and The Day The Earth Stood Still while I cook.  I hope wherever you are, it’s a good and peaceful day for you.
The week after that, though...  I’ve been getting back into one of my hobbies lately, so I thought we could talk about painting.
Until then, go write.