Very sorry for missing a week.  And a day.  I’m really trying to get this draft done before I have a bunch of late spring/ early summer cons.  Like next week, when I'll be at ConDor in San Diego...
Anyway, for today’s rant... a little storytelling history lesson.
I’m sure most of you reading this are familiar with the classic film Satan Met a Lady.  It’s adapted from a novel, something Hollywood really did a lot of at the time (thank God that phase is over).  The story focuses on a pair of detectives who take on a simple missing persons case and  find themselves in a complicated web of double and triple-crosses involving a bunch of murderous collectors and mercenaries searching for a priceless artifact lost since the Crusades.  One of the detectives is killed and the other one ends up playing a dangerous game, bluffing the assorted treasure hunters while he tries to figure out who he can trust and how far he can trust them.
Not ringing any bells?
No, of course not.  Nobody ever remembers the originals, just the remake.  The third remake, in this case.  But at least this time Warner Brothers decided to stick with the title of the book—The Maltese Falcon.
Alas, there was a slight problem... 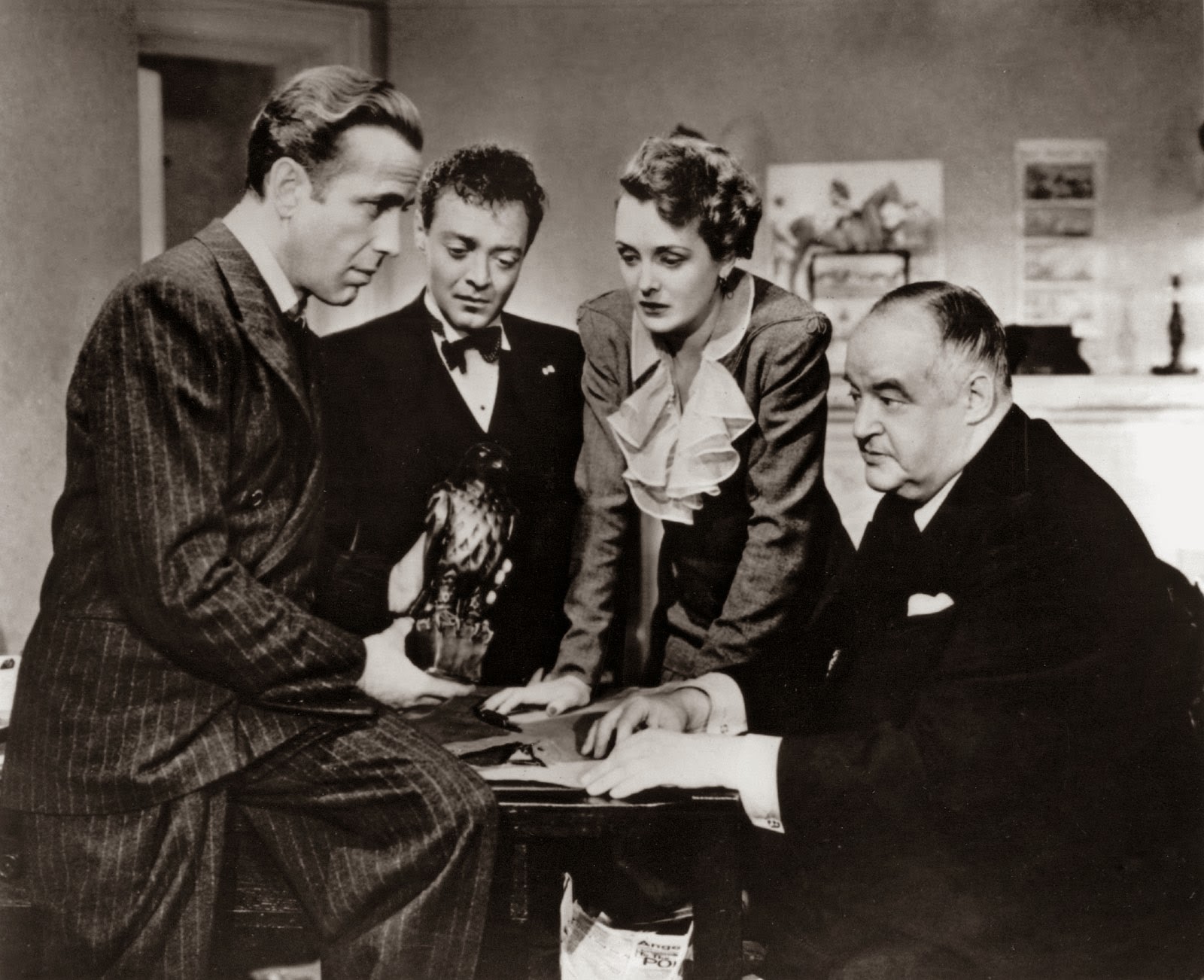 The Maltese Falcon is a story chock full of adultery, violent crime, seduction, backstabbing, womanizing, and more than a sprinkling of (gasp!) homosexuality.  Today these all seem like good, wholesome American values and activities, I know.  In the early 1940s, though...
Y’see, when Warner Brothers decided to film their now-legendary remake, Hollywood was operating under an incredibly restrictive set of rules called the Hays Code.  One way to think of it would be that the Code was Prohibition for the film industry.  It put severe and very strict limits on what could be shown or spoken about in a movie.  Swearing was not allowed, especially taking the Lord’s name in vain.  Same with drugs in pretty much any form.  Blood and violence had to be minimal.  There was a list of crimes you could only show in very specific ways (including arson, prostitution, theft, smuggling, murder, sabotage, and more).  Nudity—even suggested nudity—was right out.
Also, films had to be morally upright.  People had to be good or bad—no gray areas or questionable ethics.  The good guys always won, the bad guys always got what was coming to them.  No one insulted the church or the flag or anyone else’s flag.  This was not a time of moral conundrums.  Y’know, like whether or not white and black people should date...
The thing is, though, in the end, the Hays Code really did make The Maltese Falcon a better movie... just not in the way the censors expected.
Unable to use graphic images or even mention certain topics out loud—such as Spade’s affair with Archer’s wife, Joe Cairo’s homosexuality, or even the extent of Gutman’s ruthlessness—the writers and filmmakers were forced to rely much more on subtlety, subtext, and implied action.  Several major events happened off-camera.  Some of the relationships are revealed in a few carefully chosen words.
(also, fun fact—Elisha Cook Jr., the actor who played Gutman’s hired gunslinger, Wilmer, was later cast as Captain Kirk’s lawyer on one of the original episodes of Star Trek.  No, seriously. Check it out...)
You might remember a few months back I mentioned a movie from the same era that did something similar.  Chain Gang had two rival reporters discussing whether or not they were going to blow off a court case they were covering and go have a nooner.  The woman eventually shot the man down.  Except all they really did was talk about how certain the outcome of the case was and order lunch.
What am I getting at? 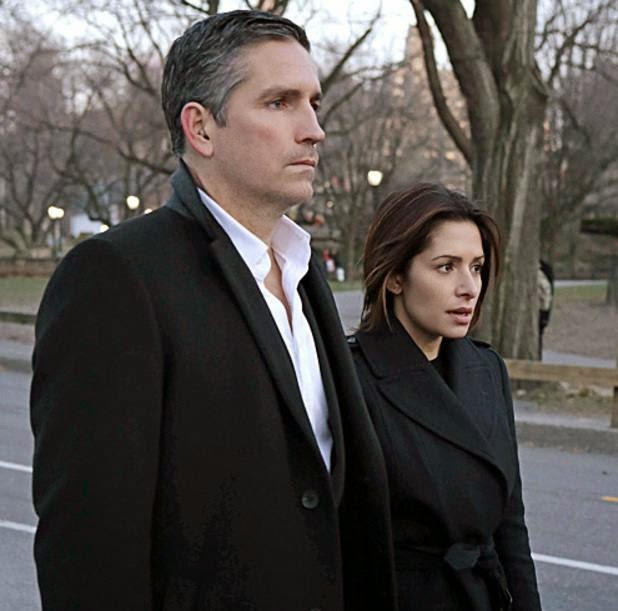 One of my favorite shows right now, Person of Interest, recently made an interesting distinction between two of the lead characters.  Mr. Reese, the former black-ops-turned CIA assassin-turned-avenging angel, is the team’s scalpel.  Miss Shaw, the sociopathic former NSA killer, is their hammer.  This was a big moment in a somewhat uneven third season, because it finally nailed down what role each of them filled. As their employer points out, there are times you need a hammer, but there are far more times you should use a scalpel.
These days, there’s a lot of freedom for writers.  No one telling them what works or what doesn’t.  Very little is considered taboo.  Because of this, I think, I see a lot of folks who rely on the hammer.  They’ll show all the gore.  In fact, they’ll dial the gore up to eleven.  And the sex.  Same with violence.  If I may tread on sensitive ground, rape gets used as a hammer quite often in fiction—it’s a blunt, graphic act that gets an equally blunt reaction from the reader and other characters.
There are many times the hammer works.  The hammer tends to get an immediate emotional response.  The downside to it is that after three or four hammer blows, my target’s just not going to be feeling that much.  The very extreme nature of it means I can’t keep hammering forever without reducing things to mush. 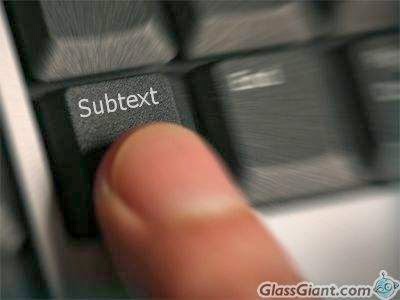 That’s why we have the scalpel, and why it’s good to fall back on it now and then.  Anyone can swing a hammer, but there’s a reason surgeons have several years of training before they’re set loose in an operating room.  If someone knows what they’re doing with a scalpel, well, they can keep getting a reaction out of you... pretty much forever.
See that?  That was a scalpel moment.  I just left the implications there for you to figure out.  And the thoughts and images that cut through your mind were so much worse than anything I could’ve described.
Y’see, Timmy, if I can train myself to use a scalpel instead of always falling back on the sledgehammer, it’s going to give my writing much more variety and depth.  It’s also going to make my readers feel smart, because the scalpel depends on them doing a lot of the work.  And they’ll like that.  Honest.
So here’s my challenge.  Next time you sit down to write (which will either be later today or first thing tomorrow, yes?), make a point of using the scalpel.  If your story calls for a sex scene, go out of your way not to describe body parts or sounds.  If there’s a moment of gruesome horror, see what happens when you don’t use blood and gore.  If it’s a romantic conversation, try not talking about anything romantic.  See where it gets you.
Next time, I’d like to talk about New York’s hottest club—Stufft.
Until then, go write.
With a scalpel.