The first chapter is titled “Zefram Cochrane.”
Geek reference.
Anyway...
Well, for a couple months now I’ve promised that I’d blather on about structure.  I’ve actually got a bit of time now, so let’s do it.  I’ll warn you all right up front, this is probably going to be spread over two or three posts because it’s a big topic.  I also may be using terms a bit loosely and in ways your MFA professor may not approve of.  But I’ll do my best to make it easy to understand, despite that.
When we’re talking about structure in stories, it really means the same thing it does when we’re talking about architecture or biochemistry or auto engineering.  It’s the underlying framework that helps us figure out how things go together.  Different structures work for different projects, so just because something worked when we were building One World Trade Center doesn’t mean we should use it when we’re building a house.  Or a motorcycle.
Now, there are three types of structure in stories, and they all interact and work with each other.  Just like a house or a skyscraper, if two elements are strong and one is weak, a story won’t be able to support itself. So it’s important to have a good grasp of all three and understand how they work.
First up, the one we’re going to deal with this week, is linear structure.  Simply put, the linear structure of a story is the chronological timeline the characters experience.  There’s a Russian literary term for this called fabula. I’ll prattle on more about this in just a bit.
Next is narrative structure.  This is the manner and order my story is told in.  Put another way, it’s the way my audience experiences the story.  A flashback is part of the narrative structure, as are prologues, epilogues, and “ten years later...”  Again, if you studied (or over-studied) this sort of stuff in college, you professor may have used the term syuzhet.  I’ll talk more about this one next week.
Last but not least, there’s dramatic structure.  This is the way linear and narrative structures work together to form a coherent, enjoyable story.  Dramatic structure is why tension builds, why mysteries intrigue us, and why twists and reveals surprise us.  I’ll talk a little more about this on the 26th, if all goes well.
For now, though... linear structure. 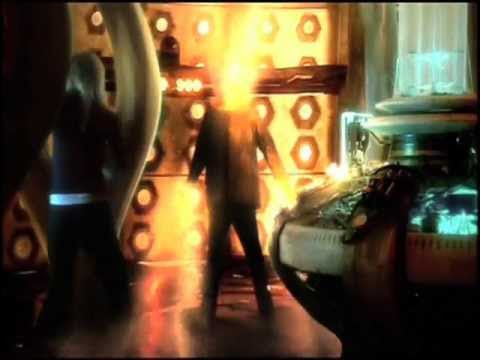 As I mentioned a few moments ago, linear structure is the order your characters experience the story in.   Another term you may have heard for this is continuity, or maybe cause and effect.  Day comes before night, which leads to another day.  People start young and then get old (Benjamin Button and Doctor Who excepted).  Turning a key in the ignition starts my car.  Or, sometimes, sets off a bomb.
Now... check out this list

Yakko dies peacefully in his sleep.
Yakko celebrates his fifth birthday.
Yakko gets married.
Yakko is born.
Yakko witnesses the birth of his grandchild.

These are five random events from a life.  Now, despite the fact that I started the list with Yakko’s death, we all inherently understand this is not the first event in his life.  In fact, I’m betting most of you reading this can put that list in linear order in just a few seconds.  That’s because linear order is the most natural structure for all of us—it’s the one we experience all the time, every day.
This is also why linear structure is so important.  Most of us are experts on it.  We’ll notice when effect comes before cause, even if we’re getting them out of order like I just gave them to you.  A good way to think of linear structure, as I mentioned above, is a timeline.  When you see detectives breaking down the clues of a crime, them may discover them out of order, but it doesn’t change the order they actually happened in.  If I’m writing a story—even if I’m telling the story in a non-linear fashion—there still needs to be a linear structure.
A good way to test the linear structure of my story (a method I’ve mentioned before) is to pull everything apart and then arrange all the flashbacks, flash-forwards, recollections, frames, and so on in chronological order.  They should still make logical sense like this, even if they’ve lost some of their dramatic weight this way (again, more on this later).  If my story elements don’t work like this (if cause doesn’t come before effect, or if the same thing is happening multiple times), I’ve done something wrong.
Which brings us to time travel.
Time travel stories depend a lot on linear structure.  If I don’t have a clear then and now, before and after, then time travel means nothing.  I need to be able to see that linear structure so I can see how my traveler’s timeline moves back and forth along the world’s.

Check out this little diagram.  Here’s a pair of timelines featuring two characters from Doctor Who—the Doctor himself and his friend, Jack Harkness.  There’s kind of a big spoiler in here (or not, depending on which fan theories you subscribe to) which I’ll try to avoid, but if it makes things too confusing just say so.
Jack’s life is pretty straightforward, for our purposes here.  A is when young Jack first meets the Ninth Doctor and decides to travel with him for a while.  B is when he later encounters the Tenth Doctor, and C is when they briefly meet again to stop the Daleks.  They meet again (D) much, much later in Jack’s life.  And E is when Jack finally dies at the ripe old age of about five billion or so (no, seriously).  All in all, this personal timeline isn’t much different than the one I showed for Yakko up above.
Now... look at the Doctor’s timeline.  This the linear structure of the show because we (the audience) are following the Doctor around.  He travels in time a lot, so he actually meets Jack in kind of an odd order.  But it’s still a logical order for the Doctor—he’s still living on his own timeline A-B-C-D-E, just like Jack.  A and B are the Ninth Doctor, C through E are the Tenth.

In fact, this linear order creates a big twist for the Doctor (and the viewers, since we’re following him).  He doesn’t realize the person he first meets at D is the same person he later meets at A (as I mentioned, a lot of time passes for Jack).  But this isn’t a twist for Jack because he’s following his own linear story.  That’s why he can address the (somewhat confused) Doctor as “my old friend.”
Make sense?
Y’see, Timmy, no matter what order I tell things in, the characters are experiencing the story in linear order.  If halfway through my book one of my character flashes back to what happened a week ago, this isn’t new information for him or her—it happened a week ago.  So all of their actions and reactions up until the flashback should take that into account.
It sounds pretty straightforward and it really is.  Linear structure is going to be the easiest of the three forms I blab about over the next few weeks because overall it’s logical and objective.  But, alas, people still mess it up all the time.  And the mistakes are usually because of narrative structure.
But we’ll talk about that next week.


Until then, go write.