The Rules of Love

When was the last time you read something that was going along great and then, out of nowhere, two of the characters started professing their mad love for each other? We jump to the last few pages and suddenly Wakko and Phoebe are getting married. It makes people roll their eyes while reading books and it makes movie audiences laugh. Nothing sinks a story faster than a fake, pasted-on love interest, because nobody likes to see love being toyed with.

On the flipside, everyone loves a good romance. Yeah, even the tough guys. Because we all love the idea that there’s someone out there who’s an absolute, 100% perfect match for us. Even more so, we love the idea that we could meet this person while escaping government agents who’ve mistaken us for a team of ruthless assassins or fighting zombie pirates cursed by Aztec gold. Because, hey... think of the stories you could tell your friends about how the two of you met.

And that’s what we all want, right? To have a better story to tell.

So, here are some simple rules to help you avoid bad relationships. On paper, of course. I’m not offering anyone dating advice with my past track record...

The First Rule of Love -- You can’t have real emotions without real people. And real people, oddly enough, act in realistic ways. I’m not saying rational ways, because love is one of the most irrational things most of us will ever encounter in our lives. If your characters are real, though, they’re going to have needs, desires, plans, and tastes. And it’ll stand out if they’re making choices that go against all those traits. Is that backstabbing, career-minded office bitch really going to see something she likes in the guy who details her car? Will a European billionaire really find himself fascinated with an inner-city waitress? What the heck are a Peace Corps volunteer and a professional mercenary going to talk about?

Yeah, opposites attract. They even have a lot of fun together. But if we’re talking about real emotions, they’re going to have a lot in common. The mean-girl cheerleader isn’t going to make a move on the scrawny honor student kid unless she needs a book report done or maybe some help with her science fair project. 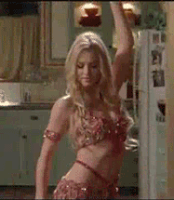 Then again, maybe she’s a closet sci-fi/ action fan who desperately wants to talk to someone about last night’s episode of Chuck. Dirty secrets can make a character real, too. Could be that she’s a lot smarter than she lets on, but she’s scared of not being popular. Or perhaps she was the ugly duckling until her second year of puberty and used to be friends with a lot of the AV club kids.

Even then, how far and how fast they take things should be consistent. Some folks live for the moment. Others like to wait and plan. People can be confident or nervous, experienced or awkward. Some people are tearing clothes off half an hour after they meet, for others the huge moment might be holding hands on the third date. If your characters are real, their reactions should be, too.

The Second Rule of Love -- People get together because they want to get together, not because other people think they should be together. If you’ve ever been in a situation where friends are offering advice and pushing you to say something, you know the real result is it makes you want to get away from the object of your potential affection. Nobody likes feeling forced into something, and we don’t like to see other people forced into things. That’s just human nature.

Now, for the record, “other people” includes the writer. Characters need their own motivations. They can’t just do things for the convenience of the story. If you’ve based your whole story around the computer geek and the cheerleader hooking up at a frat party, then you need a real reason for them to get together (see above).

And no, the reason can’t be “because they need to battle the ninja overlord as a couple in chapter eleven.” Nor should it be “we want the actress topless in act three.” If you’ve ever started a relationship for reasons like that... well, you’re probably single right now, aren’t you?

The Third Rule of Love -- As silly as it sounds, don’t confuse sex with love. There are lots of times where it might be completely acceptable for two characters to have sex. It’s fun. It’s a stress-reliever. It lets you not think about other things. Heck, it can even keep you warm. Again, we’re all mature adults here (well except for you) and I’m willing to bet most of us have had sex with someone we weren’t madly in love with at the time or at any point later.

Sex doesn’t always translate to a relationship in stories any more than in the real world, though. If two characters fall into bed (or onto a couch, or against a wall, or into the back seat of a car...), make sure you’re clear what it means for both of them. Forcing something casual into something serious will just read as forced.

The Fourth Rule of Love-- This is the tough one, because Hollywood development has tried to teach us otherwise. How often have you watched a movie where you can immediately spot “the love interest” as soon as he/ she is introduced? Doesn’t matter what kind of film it is, it’s easy to pick out him or her from the first time we see them.

Y’see, Timmy, love doesn’t always fit in a story. There are times romance just isn’t going to happen. Someone could be starving, terrified, or in a blind fury fighting for their life. At moments like these, it’s not terribly realistic they’d be noticing what pretty eyes their companion has. When Archer does it, he gets shot in the foot. If you’re writing an action/ horror/ sci-fi/ heist story, is there really time for an extensive relationship?

Or maybe it’s just not appropriate for the characters. There’s a show on television right now about a man on the run who’s hanging out with a group of criminals while he tries to clear his name. One of said criminals is a wide-eyed blonde who happens to be a gymnast/contortionist. No, seriously. So he’s spending a good chunk of his time lamenting the fact that he’s separated from his loving wife and son... and a fair amount of time having awkward, physical moments with the blonde gymnast. One of these plot threads really doesn’t need to be there, and all it’s doing is eating up pages that could be used on good threads.

So there are the rules. Now go forth and spread the love.

Where it’s appropriate, of course.

Next week, I wanted to talk about structure. Which is kind of a big topic, so it may take a few weeks.