I would love to tell you I’m late with this post because I’ve been getting ready for one of my oldest friend’s wedding tomorrow back here in New England. John and Holly are finally getting hitched.

Or I’d be thrilled to say this is late because I’m having such a wild time at Horror Realm 2010 promoting Ex-Heroes and/ or The Eerie Adventures of the Lycanthrope Robinson Crusoe. This place rocks.

Yep. I would love to tell you either of those things.

I’d like to do a little math trick for you. You’ve seen these before, right? Start here, add this, multiply that, and I predict your answer. Sound familiar?

Let me give you another example. Divide 8 by 5. Add 3. This should give you the famous answer to the question of life, the universe, and everything.

Wait, division’s the one where you make that many more of something, right? That's multiplication? Sorry. Okay, let’s try it again.

Multiply 8 by 5. Add 3. Now you should have it, and it's also one of the mystic numbers from LOST.

Of course, it is a big deal, isn't it? Screwing up numbers can have dire consequences. Misunderstand a term or toss in the wrong digit and suddenly the door doesn't fit right on your jumbo jet. Chase hikes your interest rate by 23% or more. Your space probe misses the planet Venus and goes flying off into deep space. Yes, if it’s in a key place just one digit off could mean you miss a whole planet. Or worse yet... don’t miss it. 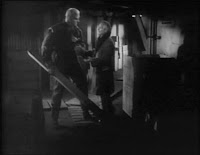 Granted, there’s always that brave scientist who strikes out on his own without checking his work or having anyone else go over their ideas. A whole slew of movies were made about such men back in the ‘50s. We’ve all read stories, fictional and true, about the people who didn’t double check their math, and most of these stories end in tragedy. Heck, all you need to look at the financial section of your paper to see what happens when bankers don’t pay attention to what’s actually on the page in front of them.

This is why you always hear about scientists, engineers, and bankers checking and rechecking and re-rechecking their figures. Then they hand those numbers and equations off to a colleague for him or her to check and recheck them. Finally, once their work’s been confirmed, they’ll talk about building a new plane or flying to another planet. Not knowing your numbers and sums means you don’t really have a hope of succeeding in one of these fields. You might be able to manage something small, but the big jobs are always going to end up going to the people who can just do this stuff, not the ones who are completely dependent on their calculators to do every single calculation for them.

Of course, this isn't just true of numbers. Messing up a word or a letter can have dire consequences, too. Especially for writers.

Just as a scientist or engineer is expected to know their numbers so they can make something solid, a writer is expected to know spelling and definitions to make something worth reading. This is why I stress spelling and vocabulary here again and again and again. Hands down, the most common flaw in amateur manuscripts is misspelled and misused words.

I mentioned calculators before and, well, it was a calculated choice. I’m sure a few folks are already in the comments section pointing out that most scientists--even the very top cream-of-the-crop ones-- do use calculators. They use them all the time. And they do, I’d be a fool to argue the point.

So how, you ask, is that any different from the people who depend on the spell-checker to do it all for them?

Y’see, Timmy, the difference is that the scientists are just using calculators as a time-saver. They know how to plug in all the formulas, how to work the equations, and how to do the math. If you ever sat in on a college physics class, this is why all those equations get put up on the board. These folks can do the problem out by hand on three or four sheets of paper... or they can punch the numbers in and get the answer.

This is not the same thing as the would-be writer who doesn’t know the difference between its and it’s or there and their and they’re or something bigger like corporeal and corpulent. If a writer is misusing these words it’s not that they’re saving time with spellchecker--they want spellchecker to know these things for them.

I’ve mentioned this several times before, but I’ll say it again. Buy a dictionary. There’s one or two nice big ones on the carousel at the bottom of this page. Stop depending on your spell-checker and make a point of looking up a word if you’re not sure how it’s spelled or what it means. Odds are you’ll never have to look up that word again, and you’ll remember whatever it was that made you trip up on the spelling.

If nothing else, you’ll impress friends with that big, solid book on your desk.

Next time, I’m going to rant about your friends and family. Really.