So, hey... anything interesting going on in the world?

I kinda touched on this a month or so back, but since we’re all suffering from a bit of information overload right now, I thought it’d be a good topic to talk about. I mean, we’re all familiar with this feeling, right? Dealing with that person who just feels the need to tell us a little too much about things. Seriously, I get that Wakko’s excited about having a kid but do we need that many details about how the child was conceived? No, I completely understand why you thought she couldn’t get pregnant while she had her no y’know what, let’s just stop there.

Years ago I was mildly obsessed with a little Canadian show called The X-Files. Maybe you’ve heard of it. It was kind of famous for bold storytelling choices. Multi-part stories and arcs. Realistic lighting. And some bold tricks for getting around the standards and practices rules for what you could show on television. As someone working on a television show at the time, I was amazed by some of the things they did. Especially one time when a recurring character killed a man by pistol-whipping him until he dropped to his knees, pressing the gun against the man’s head, and blowing his brain out.

Of course, we didn’t actually see this. Seeing something like that on broadcast television in the early 90s was strictly verboten, as Kurt Wagner would say. So the X-Files had Mr. X drag the nameless thug around a corner and we saw all this action the same way Mulder did, playing out on the walls as shadows and half-muffled sounds. You can probably picture it in your mind, even if you haven’t seen it. They showed less and did so much more. 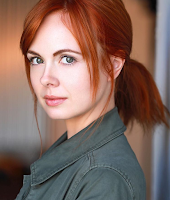 But there’s another aspect to TMI as well. Experiencing a story is a personal thing. We’re reading it, but we’re feeling it in our gut and filling in a lot of details ourselves. As writers, we try to guide (and maybe even manipulate) how readers imagine things, but in the end a lot of it’s going to be very individual. If you’ve ever read a Jack Reacher book, you’re probably not picturing Tom Cruise, but you’re also not picturing the same person I am. The way I picture Danielle in the Ex-Heroes books probably isn’t the same way you picture her, and I probably don’t envision Veek from the Threshold books the same way you do.

So when I start describing too much, things stop meshing in my reader’s mind. I’m breaking the flow again. I’m repeating “six foot blonde” again and again while you’ve already decided Phoebe should be a brunette.

And there’s another way too much information hinders things. In the bigger, overall world of the story, we like having space to wonder and imagine. Especially in speculative fiction. We enjoy filling in some of the blanks ourselves.

For example, when I was a little kid growing up on Star Wars, I assumed the Rebellion was poor (like me) and couldn’t afford to buy cool new ships to fight the Empire. So most of what they had—the X-wings and Y-wings—was essentially kitbashed stuff they cobbled together. They had the basic instructions and diagrams, and they just made the ships out of whatever parts they had (which is why they all had little differences). Heck, I was so convinced of this, I assumed when the Rebellion started using A-wings in Return of the Jedi they were retrofitted snowspeeder hulls, now with airtight canopies and stronger engines.

Not to mention, it gets harder to tell stories. A good story is about things we don’t know. It’s about the characters (and us) learning and experiencing new things. But the more I know about a character or event, the harder it is to tell a really strong story about them. All the information’s already out there. People give Disney a lot of crap for wiping the Star Wars slate clean and starting over, but the simple truth is it opened up tons of storytelling opportunities. Most of the great Star Wars stories of the past eight years couldn’t’ve been told before, because all those spaces had been filled up and sanded smooth. There were no gaps of knowledge left to fill in.

his can be tough, the idea of not explaining things. There’s a lot of empathy needed. I really need to understand what information my readers will want to know, what they’ll enjoy figuring out for themselves, and when they’ll be fine with nothing more than a handwave explanation of me saying “the flux capacitor is what makes time travel possible.”

It’s also tough because—like with research—sometimes we’ve worked out a really cool explanation or some ironclad reasoning, and we want to share it. We want people to see how clever it is and how well we thought it out. We want them to know we’ve thought of everything.

And let’s be very honest with each other... sometimes we want to fill pages. Nothing wrong with that. Filling pages is kind of the job. I mean, pretty much the first 100 pages of The Fold is scientists and engineers talking about how their little project works. But I’ve also never explained how the Cerberus armor works in the Ex-Heroes books or how Barry turns into Zzzap. And nobody’s complained yet.

Y’see, Timmy, I shouldn’t be scared about not explaining things. Look at some of the explanations and descriptions in your book. It might be new information, but is it necessary information? Does the story need it or does it maybe run a little smoother without it?

Next time... I’d like to talk about how we start things.

Yeah, I know. Great post to do halfway through NaNoWriMo.

Until then, wear your mask, wash your hands, and go write.