I almost titled this “Betatron” but I didn’t think a lot of you would get a reference to a forty year old Micronauts toy that wasn’t super-popular then.

Or maybe a couple of you would. Who knows. Anyway...

Some of you may have seen me tweet about finishing a draft of my new book the other day. It’s the second, for those who care—my “fill in all the holes” pass. Which means by the time you read this I’ll already be deep into my hacking and slashing draft. And then... other people will finally see it.

Which is kinda what I wanted to talk about.

Beta readers have come up here a couple of times, and we’ve talked about them at the Writers Coffeehouse (before the plague year forced us to go digital with it). But we’ve never really talked much about how to choose beta readers. What I want to be looking for, what I’ll need from them, and so on.

I’ve actually asked three new people to be beta readers for me on this book. For a few different reasons. And  I thought it might be worth going over some of these reasons.

(aside from a high level of beta-particle absorption...?)

Knowledge – All of my beta readers have something they’re better than me at. It might be a specific aspect of their background, their education, or a point of view I just can’t emulate, but there’s always something they know that I don’t. There’s a specific reason I want this person to read this manuscript before I send it off to my agent or an editor.

On a related note, these are also people I know understand why I’m asking them to look at this. They know what I’m hoping to hear (or not hear) from them. And they understand the format I’d like to get these notes back in. When I ask my biochemist friend to read this, he should understand I’m hoping he’ll catch any glaring errors in biochemistry, and maybe also related dialogue and actions. It doesn’t help me if I ask a lawyer I know to beta-read my courtroom drama and she says “I didn’t see any typos, except for a couple glaring ones in the last third of the manuscript.”

Patience – Before I start sending a manuscript off, I double check with folks to make sure they’ve actually got time for this right now. They might be able to squeeze in reading a book right now, but do they actually have room in their schedule to go through my manuscript (possibly twice) with a critical eye? I want to make sure they’re going to be able to consider and absorb things, not just skim through and say “I liked it.”

There’s also a personal thing to this. I need to be aware of what people like so I can at least have an early sense of how they’ll (hopefully) respond to this. If Phoebe really loathes mysteries, I don’t want to give her a book with a strong mystery element and ask her what she thinks. She’s going to have a lot more patience for a story with a strong sci-fi aspect.

This is important because...

(a chime rings, signaling you to turn the page) 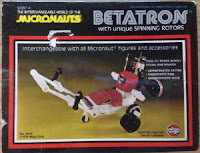 The Micro and Macro– This is one of the ones were it’s especially important to have a really good sense of my readers. When it comes to criticism, any book is going to have two aspects to it. There’s the big picture stuff—did you like it? Did the twist make sense? Was Wakko’s overall motivation believable? Then there’s the smaller stuff—does this line of dialogue work? Does this description stand out? Is this action too detailed?

The catch is, there are things that can look wrong or odd on the small scale, but it turns out they’re correct when we look at the big picture. If I say “Hitler died in 1964,” that’s wrong. But if I say that in a sci-fi, secret-history story, maybe there’s something to it.

I don’t want a beta reader who’s only going to focus on the micro or the macro, and not how they combine to make a good book. I don’t want them to have the book for a month and then just say “This was pretty good overall,” and I also don’t want to get back 300 marked-up pages where they marked something as wrong that’s explained three paragraphs later.

Honesty – I don’t think I’ve ever used a beta reader that I’ve known for less than two years. Most of them I’ve known for more than five, and about half of them for fifteen or more. And by “known” I mean hung out with, had long one-on-one discussions with, probably shared a meal or two, maybe a drink. I know them and they know me.

More importantly, they know me well enough to be honest with me. They’re not scared of accidentally hurting my feelings. They’ll tell me what I need to hear, even if it’s not pleasant.

At the same time, I’m not some faceless internet account they’re going to aim a firehose of criticism at. Some folks like to crow how they’re “just being brutally honest,” when the truth is they just like tearing things apart.

Trust—My last point about beta-readers ties to the previous one, but actually falls on us, the writers. Now that I’ve carefully selected these well-qualified people to read my manuscript... am I going to listen to them? Do I actually trust their knowledge and opinions, or am I just going to brush their criticism aside because I don’t like it?


And that’s the kind of stuff I look for in a beta reader. You may have a few special considerations of your own, depending on your own editing methods or the particular piece you’re working on. And that’s all fine—it’s what works for you.

But if this is the first time you’re ever gone hunting for beta readers and you’re not quite sure what their footprints look like... well, maybe some of this will help get you on the right track.

Next time on the ranty blog... I got a question about genre, and that’s always fun to talk about. And the week after that is (technically) San Diego Comic Con weekend, so there may be some fun to be had.