Well. Here we are. One last time.

This is the final part of the A2Q, and I think this last topic is the thing that gets overlooked the most when people give out writing tips. In fact, a lot of writing advice dances quickly around it. Because it’s not a pleasant thing to think about.

That thing—the last part—is this.

Eventually you have to stop.

A lot of you've probably had someone tell you “writing is rewriting.” It’s one of those maxims that gets tossed around a lot. And it’s true. Sort of.

But the part they probably didn’t tell you is that rewriting is also a trap. It’s a rabbit hole you can fall down, working on draft after draft after draft. It becomes constant revisions, always finding something else to tweak, a better word to use, a more dramatic place to break those paragraphs in. It can keep you stuck in place, doing lots of work for smaller and smaller returns.

If you’ve ever followed any sort of exercise routine, you know that a key part of it is that you have to keep challenging yourself. You have to increase the weight or the reps. You have to run an extra mile, or get your time down by two minutes. If I keep doing the same thing again and again, the benefits of it begin to drop off. Eventually I plateau and I’m just here at this level. Not advancing in any way.

Weird as it may sound, writing is a lot like this. We need to keep pushing ourselves. To make our mental muscles flex and stretch and try new things. If we fall into a rut, we’re never going to accomplish anything. 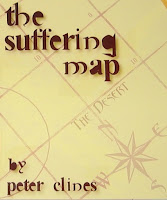 I say this from experience. During the A2Q—and a bunch of other times here on the ranty blog—I’ve mentioned my first completed novel, The Suffering Map. It was my “just moved to ” novel and there’s a fair argument to be made that I spent close to twelve years working on it. Hell, most of those years were just the first draft (although, in all fairness, for almost seven of them I gave up on it and focused on screenwriting). There are nine different versions of it currently in my computer.


In the end, it got me some mild interest from a few agents. And that was it. Nothing else.

So around late 2006 I put it aside and started working on something new.

And this can be scary. It’s borderline terrifying to think we’re going to take this werewolf manuscript that we’ve been pouring all our great thoughts and clever ideas into for months (or years)—that we’ve put all this energy and effort into—and forget about it. It seems like a huge waste, doesn’t it? What was the point of doing all this if I’m just going to put it aside and move on?

Which is why sometimes... we embrace the trap. We might not admit it out loud, but sticking with this manuscript feels safe. Because stopping means we either need to risk rejection or admit it needs to get put away. Either of these can be a huge punch in the gut. But if I keep working on it, if I keep telling myself it’s just not quite ready yet... I can put off that moment.  I mean, it’ll happen soon, absolutely. As soon as I can do one more draft

And again, I’m saying this from experience. When I set The Suffering Map aside, I think I spent a week wondering if I was making a mistake. Should I give it one more look before filing it away? Maybe try one more submission? Was I giving up too soon?

But I finally embraced the truth. I’d done all I could with this particular manuscript, and it  wasn’t going to get any better. And neither was I. I needed to work with new characters in new situations. I had to follow some different paths, not the ones I’d walked back and forth on a dozen times and beaten down so nothing could grow there any more.

That’s where we are now with this book we’ve been writing. My werewolf book, your whatever-it-may-be book. I can’t tell you exactly when you’re going to reach this point, but it’s important to realize this point exists. Reaching it is good. It’s a normal part of the book-writing process—moving on to the next book.

What happens with this one? That’s going to be up to you. Maybe you’ll acknowledge it’s not quite ready yet, stash it away on a jump drive or in the cloud (maybe both, just to be safe) and move on. Maybe you’ll send it out to a dozen agents or publishers. Perhaps you’ll decide to publish it yourself. Again, it’s up to you to decide what’s right for you and your book.

Whatever the decision is, though, it’s time to say goodbye to this thing we’ve been working on and move on to something else. To let our brains shift into new patterns. Get them working on some different concepts, something new and exciting.

Because if we don’t, we’re just going to stall out.

And that, m’friends, is all I’ve got for you as far as how to write a book. How to take that tale out of your head and put it down on the page in the best way possible. Even at 110 pages on this end, I know it could’ve been a little denser in a few places. But I tried to keep this to easy-to-digest chunks and included links wherever I could. Plus, y’know... pandemic. And I was trying to finish an actual book of my own.

Anyway, I hope it was semi-educational and at least partially useful for some of you.