Wow.  A wild week with Dragon Con. And then a just as wild but far less fun week on the floor of the game room when I threw my back out the day after getting home.  Just flopped there between the boxes and the brand-new couch I couldn’t make it up on to...
But I’m okay now.  Well, much better... 80-85%. 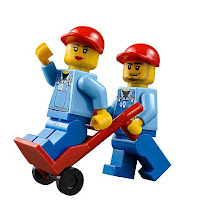 I’m still in the process of moving into my new place.  Yeah, I’m going to keep talking about this for ages.  And milking it for useful analogies.
I’m guessing most of you have moved, and you know how it’s not just about that one day.  It’s a whole ongoing process—packing up there and spreading back out here.  I mean, we’re here now, but there are still maybe twenty or thirty boxes scattered through different rooms, and we’ve kinda developed unpacking fatigue.  That’s not even counting the library.
We’re also discovering that some of our stuff is just... well, bad, now.  Things are in new configurations and combinations and some of them just don’t work.  They look kinda weird or ugly.  Sometimes, they actually don’t function correctly anymore.  This shelf was short enough to fit well below my old office window, but not this one.  Which leaves me with nowhere to put the printer.
We’ve got a fair amount of stuff that worked there but doesn’t work here.  So it’s probably getting replaced.  Which means more weekends putting furniture together in my future...
Funny thing is, this related to something I wanted to talk about.
What a coincidence, right?
I read a lot of books and watch a lot of movies.  I take in a lot of storytelling, just on a week-to-week basis.  And a common thing I see is people copying a beat or a character moment or some kind of set-up.
To be clear, I’m not taking about plagiarism.  While there are some blatant rip-offs out there, and books that try to capitalize off other books, that’s not what I want to talk about here.  Those folks have much bigger issues to deal with than we have time and space to discuss...
What I’m talking about is when people are using a moment they saw in a previous story and trying to get the same emotional resonance with the reader (or audience) as it did in that other tale.  A key reveal at just the right moment.  A fervent declaration of love (or at least lust).
And they accomplish this by copying that original story beat as close as they can.
Remember when the Hulk beat the crap out of Loki in The Avengers?  And then did the exact same thing to Thor in Ragnarok?  Funny as hell both times, right?

So now let’s picture an adult man doing that with a baby.  Holding it by one leg, swinging it up over his shoulder, and slamming it face-first into the ground two or three times.  That should be funny, too, right?
No, of course not.  Hopefully you were all cringing a bit just at the thought of that.  It’d be nightmarish to watch, and for someone to actually think that it’d be funny...?
Again these shelves worked in my old office, but not my new one.  Everything around them is different.  The windows.  The angles.  The carpet.  The colors.
How about this one-- watching someone undress can be sexy as all hell.  Unbuttoning shirts.  Sliding out of pants.  Maybe just tearing open a coat if you’re both impatient.
But in a different context, those very same actions can be mundane, annoying, or depressing. Heck, even kinda creepy.
Yeah, someone doing that exact same little striptease can be creepy as hell.  Because if I’m seeing it from outside the bedroom window, maybe with some leaves in the way, while I hear that rough breathing... Hey, we all know what that handheld POV shot means.  We’ve seen horror movies.  There’s a psychopath out there in the bushes watching that person strip!  They’re probably wearing a weird mask and everything.
I mean, assuming the director’s not just copying this shot and doesn’t understand what it meant in other films...
And this may sound like extreme examples—talking about killing babies and stripteases—but it holds for pretty much anything.  Seeing a building collapse can be terrifying.  Or exciting.  Or frustrating.  Heck, if I do demolition for a living it could be boring.

Y’see, Timmy, the problem with all of these examples is that sometimes people try to copy something they've seen in other stories without understanding why it worked in those stories.  Yes it was exciting/scary/titillating/romantic over there, but that was over there in a certain context.  The reaction it created isn’t something inherent to the elements themselves.  It was a result of the combining narrative voice and character development and plot structure that led up to them.
Think about that striptease again.  Think of all the different ways it could be interpreted by someone.  It depends on when they see it.  Where they're seeing it from.  How they know the other person.  How that person knows them.
Think of all the different ways it could be interpreted by an audience.
And if I can’t think of any other ways... that might be part of the problem, too.
Next time, I’d like to bounce an idea off you.
Until then... go write.
I’m going to IKEA again.  This time for bookshelves.