I know I said I was going to talk a bit about endings but I had this kind of funny epiphany at the grocery store the other day. As in, an actual epiphany about funny things. No, really...

I’ve wanted to talk about comedy for a while. I tried once years ago, but—to be really honest—I didn’t quite have the vocabulary for it at the time. I’m not sure I do now, but at least I thought up two things that sounds kind of clever. That’s better than nothing. 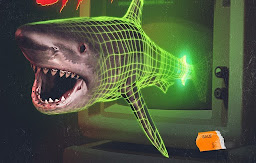 Once or thrice I’ve brought up my bad movie habits and explained them. A fairly common thing I’ve seen are movies that bill themselves as comedies or something-comedies. I say “as” because they’re rarely funny, and I think there’s two big reasons for that. Well, three, but the third one's not really relevant here. Maybe some other time. For now, two big reasons.

One is that comedy is very empathy-dependent. Possibly more than any other type of writing. If I can’t put myself in other people’s shoes, I’m going to have a tough time figuring out how to make them laugh.

The second reason is what I wanted to blather on about.

I’ve talked about genres and subgenres here a few times. Sometimes these subgenres have really specific rules. Take horror for example. Cosmic horror stories are not the same as slashers, which are not the same as supernatural thrillers, which are nothing like torture porn, which definitely aren’t monster stories. Or mysteries! There’s over a dozen sub-genres for mysteries, and publishers take them very seriously. Cozies, noir, capers, amateur sleuth, professional sleuth, procedurals... every one of them has their own expectations and requirements and guidelines. I can’t write a cozy mystery about a serial killer who collects his victims’ genitalia. They just don’t work that way.

Comedy is the same way. There are satires, spoofs, farces, romcoms, dramedys, and many more. And just like above, each of these has certain rules and expectations. I can’t just throw down a pile of funny things and declare it to be a spoof. And truth be told, no matter how big that pile of funny things is, I might not even be able to call it a comedy.

Y’see, Timmy, funny is to comedy the same way notes are to music (that’s clever thing #1). You need one to make the other, but that doesn’t mean a pile of one equals the other. I don’t expect thirty random notes to come together and make a song—we all understand I need to arrange them in a certain way, they need to work together, they need to have a certain flow to them. Just like a pile of random ideas doesn’t make a plot, just because I’ve got a pile of funny beats doesn’t mean I’ve got a comedy. What’s funny at the bar might not be as funny at work. That little bit of physical comedy from your date is definitely not going to go over the same way at work. Heck, it might not have even been that funny on the date.

If you don’t want to believe me, I had a chance to talk with Kevin Smith years ago and we discussed ad-libs. He pointed out something you hadn’t planned or scripted can be incredibly funny on set, but the important thing is that it works in the editing room. Just because it’s funny doesn’t automatically mean it’ll make sense in the final film. ”It’s not germane to the discussion,” was how he put it.

When I’m writing a comedy story or screenplay, I need to be aware of what kind of story I’m telling. Am I adding things because they work within the framework I’ve established and they propel the narrative forward... or am I putting it in because people laugh at poop jokes? Is this part of the comedy, or is it just some random funny element? One that’s hopefully still funny in this context. Hopefully.

Remember, whatever it is I’m writing, my elements should serve my story, not my genre.

Hey, speaking of whatever it is I’m writing, he said by means of a segue, the exclusive period on my novel Terminus has ended. That means you can pick up the ebook version of the book right now. It’s not narrated by Ray Porter, yeah, but I did include a nice-sized afterword where I talked about where some parts of the book came from and how a lot of the characters developed. And if you’ve been waiting all this time for it, I made it fairly cheap, too, as a small “thank you” for your patience.