Day late.  Sorry.  Still recovering from the move.  It’s just this sort of ongoing project...
Anyway, an idea crossed my mind recently and—after batting it around for a bit—I thought it might be worth sharing with all of you.
A while back I talked a bit about a certain type of character—the chosen one.  That lucky person pretty much preordained for a great destiny.  Sometimes literally preordained.  Ancient scrolls and prophecies aren’t that uncommon, although there are also legendary parents and preternatural skills to take into account.
The most common beginning for such a story is, after a chapter or two establishing their completely normal and mundane life, somebody shows up to collect said chosen one and whisk them off to that amazing destiny we were just talking about.
And that’s kinda the bit I want to talk about.
I think it’s very important to note that our chosen one’s story doesn’t begin because of some overwhelming threat.  It’s almost always for simpler reasons.  They're finally the right age.  They found the hidden room.  They inherited that special book or locket or sword.
You might be able to find an exception to this rule, sure, but let’s go over a few popular examples...

Buffy Summers doesn’t receive her Slayer calling because the Master is rising in Sunnydale—the last Slayer died and she inherited the power.  That’s it.
Harry Potter isn’t brought to Hogwarts to fight Voldemort—he’s only brought cause it’s his birthday and he’s old enough to start classes.
Katniss doesn’t take her sister’s place to become the symbol of the resistance—she just happens to be successful in the Hunger Games in the right way at the right time.
Luke doesn’t join the Rebellion to blow up the Death Star.
Rey didn’t join the resistance to fight Kylo Ren.
Jay didn’t join the MIB to stop an Arcturian Battle Cruiser.
I think the reason for this is that if X is this overwhelming threat... all these training montages and bonding moments are going to seem like a horrible waste of time.  “Wow, Phoebe’s the chosen one—the one who was foreseen—who will save us from the murderous threat of the Yakkonator.  Even now it closes in on our city of three million people, ready to drain their blood and harvest their souls. But first... you need to practice your footwork for a few days.  Also, you and Wakko need to figure out how to be better partners—in every sense.  Focus on that for a bit.”
One of the big tricks to a successful chosen one story is that it’s really two parallel stories.  It’s about Phoebe discovering her destiny/parentage/abilities, yeah, but it’s also about our heroes discovering, oh, crap, it looks like the Yakkonator is waking up now, not in 2021. 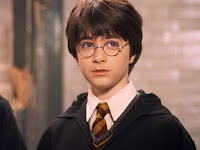 These threads need to stay separate so they can each develop on their own.  Phoebe needs that time to train and grow as a character, because if all we need to do is toss a nineteen year old Banana Republic clerk in front of the Yakkonator—trained or not—to fulfill her destiny, then the Yakkonator isn’t much of a threat, is it? And if she absolutely needs training but the Sacred Order of Antiyakkination waited until the last possible minute to bring her into the fold... seriously, what’s wrong with these guys?  If you’re trying to fit six years of training into six days, maybe you just could’ve started six years ago?  These people just look stupid now.  And if she needs those years of training but pulls it off in days... well, aren’t we back at that first example again?
So when I’m plotting out a great destiny to for my chosen one, I need to remember not to tie them immediately to that destiny.  Give them space to grow.  Maybe not hit them up with that ultimate evil in the first hour or two.
Everyone’ll have more fun with it that way.
Next time, I’d like to encourage you to take a few deep breaths.
Until then... go write.