Ugh.  Completely missed last week.  So very sorry.  I was trying to get a pile of outlines done.
Yeah, I know.  Me doing outlines. The world really has turned upside down.
So, a few weeks back and I asked about possible topics and I got one request that seemed... well, it could be very relevant.  I’ll know in a couple hours, but I won’t say anything.
Most of us are related to someone.  It’s really rare for someone to have no relations. So rare that it’s usually a major issue—for someone to have no parents or grandparents, no siblings or cousins. It’s almost off-putting, isn’t it?
Likewise, most of our characters are going to be related to someone. Because our characters are realistic, relatable people.  And again, if we’re introduced to a character with no family at all... it usually says something about them, doesn’t it? 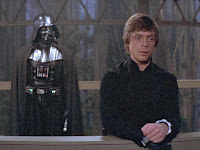 Over the past ten or fifteen years, maybe, it’s become a big thing to have notable relations. Everybody is someone’s daughter, the brother of that guy, or the second-cousin of her mother-in-law.  Historical figures, mythological figures, other fictional characters.  How often have we seen a character who's descended from this line or heir to that empire?
Now, there are some plusses to me doing this sort of thing.  The quickest one is that it’s an easy connection to previous stories and can save me some worldbuilding.  Just by telling you my next book is about King Arthur’s secret daughter, I’ve established a timeframe, the general world, some potential history,
Plus—it can be a bit of fan service—which isn’t always a bad thing.  If you’re a comic book fan, you may be familiar with the Huntress.  In a simpler time, the Huntress was living proof that Batman and Catwoman hooked up (something we now just kind of take for granted).  So her parentage was very important to her character.
Which is kind of the big point with this sort of thing.  If I’m going to bring up these relations... well, there should be a reason for it.  If I decide to bring up Wakko’s uncle and tell you he was the guy who invented lasers, yeah, it’s neat, but so what?  Likewise, if my peasant Dot is secretly the illegitimate daughter of the king, this better be a story about bloodlines and inheritance.  Because if it isn’t... well, why does it matter that she’s the illegitimate daughter? Why did I waste precious time and word count telling you this?
I’m stressing this because there’s also a bit of a trap with this device, and I think the trap is what people tend to think of when they gripe about this sort of thing.

Y’see, Timmy, sometimes this relationship to another person is all the character development someone gets.  Characters get defined by their relationships to other characters rather than by actual, active traits of their own.  Or the relationship’s a stopping point—once we know this, we don’t really need to know anything else.  They cease developing at that point because... hey, look who his mom is.  What else could you possibly need to know about him?
I’ve seen this happen a lot.  If I had to guess, I’d say at least a third of the time when I’ve seen a big “relative reveal,” that’s pretty much it for character development.
And I’d guess another, somewhat overlapping third of the time, the relation’s completely irrelevant to the story.
That overlap’s a bad place to be.
Just sayin’.
So don’t be scared of giving your characters a family.  Even ancestors, if it comes to that.  Just make sure there’s a reason for it in the story you’re telling.
Next time...
Okay, I still feel bad about missing last week, so I’m going to try to make next week a twofer.  Tune in Tuesday and we’ll talk about getting feedback from your (former) friends and how to avoid being disowned when you give it.
Until then... go write.