Why I Will Not Read Your Heartbreaking Work of Staggering Genius

First off, some amazing news.  I’ve got a four book deal with Crown Publishing, a division of Random House.  Depending on your views and opinions, this may be complete and inarguable validation of everything I’ve said here, or it may be proof that I’m a sellout hack who knows only slightly more about writing than the average chimpanzee.  I leave that decision up to you.

And now, on with our regularly scheduled rant...
After hearing a few stories from friends, I thought I’d step away from the how-to aspect of writing for a week and talk about a recurring problem.  I’ve seen it happen to other writers I know.  Over the past couple of years, it’s actually started to happen to me, so I guess there's an argument to be made that on some level this is a bit pre-emptive.
Anyway, the best way to talk about this is to tell a story...
About two years ago, screenwriter Josh Olson (who adapted A History of Violence and the new Jack Reacher movie) got a lot of crap for a piece he wrote for the Village Voice, telling would-be screenwriters to... well, to leave him alone, to put it politely.  A few days later David Gerrold (writer of some well-known original Star Trek episodes and the War Against the Chtorr books), chimed in as well, and he was even a little more pointed with his words.  He also added the topic of litigation.  Dozens of aspiring writers called these two men jerks, asses, and threw a lot of other labels out there, too.
What were they talking about?
Would-be writers who tried to take advantage of established writers.
Honestly, it amazes me how many vague acquaintances and complete strangers think if they can dig up your email address or a social networking page that they have now “networked” with you.  Which can really suck if your name and email address was posted in a prominent writing magazine every other month for a few years.
But that’s a gripe for another time...
I probably get at least one request every month from complete strangers or vague acquaintances.  People send me requests all the time and almost seem to be proud of the fact that there’s no connection between us.  As a matter of fact, one stranger on Facebook once sent me a stilted letter explaining that we didn’t know each other, then told me about where he grew up, and then asked me to read his screenplay and help him get it in front of producers and agents.
Y’see, Timmy, one of the rudest things I can do is ask a professional writer—especially one I don’t even know-- to take time out of their workday to work on my project.  It doesn’t matter if I want a co-writer, an editor, or a mentor.  I mean, what do you think would happen if I asked a professional carpenter if he’d like to work with me on building the house I’ve designed (well, sort of designed—I’ve got some cool ideas)?  Should I catch my local mechanic on his lunch break over at Jack in the Box and ask if he’d be interested in helping me fix my car when he gets off work?  What do you think would happen if I bumped into Gordon Ramsay and said, “hey, I offered to cater my friends wedding and I was wondering if you’d be interested in helping me cook the dinner?”
Seriously, what do you think these people would say?
Well, we can all guess.  These people do this for a living.  Asking the tech support guy at Buy More for help with my computer is not the same as asking my friend Marcus.  I mean, none of us would show up at the garage out of the blue and ask the mechanic if he could give us a free oil change, right?
Well, not without hunting him down on Facebook and sending a friend request first...
Now, this isn’t to say a professional won’t help anybody.  I’ve got several friends who help me with projects and I’d gladly help any of them with theirs.  There are people I’ve known and worked with for years and I often offer them tips or suggestions.  Heck, I’ve got two manuscripts I’m looking at right now for friends even though I’ve got a serious deadline to meet for my new publisher.
To save everyone some time and effort, here are some of the signs I will gladly look at your writing and offer some form of honest critique.  And while I’m saying this about me in these examples, it really holds for pretty much any professional writer.  For any professional at all, really.

You are literate.
If, u no, I cant understan half ur mssg to me bcuz its incode or txtspk or u just have now ideal how to spill, there is little chance I’m going to risk my sanity n numerous full pages of such gibberish. LOL THX!!!! 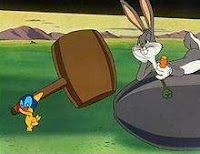 Think about it.  If I’m trying to convince my mechanic to work with me, what’s he going to think when I tell him the engine’s having trouble because the hobgoblins from the muffler have stolen all the pixie dust?  If I tell Ramsay that my secret burrito ingredient is yellow snow, do you think he’s going to listen to me for much longer?  If you want help from a professional, you’ve got to show you have at least a firm grasp on the basics of your chosen field.  For us, that’s spelling and grammar.

You actually want to hear what I have to say.
As Olson noted in his editorial, many people send out manuscripts saying they want feedback, but what they’re really looking for is to get back tears of joy, glowing endorsements, and promises they will be passed on and up to producers/publishers/ J.J. Abrams.  In my experience, very few people actually want honest feedback and criticism (even if it’s constructive).  They just want the praise.  I don’t want to waste my time reading a hundred pages and writing up three or four pages of comments, suggestions, and corrections just so you can say I'm a jackass who doesn't understand your writing and judged you unfairly...

We have shared several meals
This does not include eating in the same food court while you stalked me in the mall.  This is repeatedly sitting down and talking over drinks and appetizers or even just pizza and a bad Netflix movie.

We communicate with each other (via phone, email, message boards, or chat) on a regular basis
Note that communication is a two-way street, and spamming me with messages through multiple channels every day does not count as communicating.  Being someone’s friend on Facebook, Google+, or MySpace doesn’t qualify, either.  Check the terms of agreement—these websites do not come with a “guaranteed friends with benefits” clause.  If they did, I would do whatever it took to get a number of women on my friends list.  And I’d feel shortchanged by a few that already are.

We’ve lived together
Not in the sense of “on the planet at the same time,” but more in the “sharing rent and chores around the kitchen for several months” way.

We’ve slept together
In any sense. Hopefully this is self-explanatory.  If you’re not sure, the answer is no. Unless you have photos to prove otherwise...
For the record, this is probably the only case where deliberate “networking” is effective.  If there’s a writer you really want an opinion from and if they’re willing to sleep with you, they’d have to be a real jerk not to look at your manuscript afterwards.
So just be sure your networking target isn’t a jerk...

I’ve offered before you asked.
A very, very few people have caught my attention while chatting about their ideas.  They didn’t ask me to look at their writing.  I just read it because I wanted to, and asked later if they wanted comments.  Some did.  Some didn't.

You’re not asking for something you could find out on your own.
Not to sound old (he said, stroking his long white beard), but when I was starting out as a writer you had to dig through magazines, make phone calls, send request letters, then go dig through more magazines, make different phone calls, and send different letters--and keep track of all of it.
These days all of this information is available with a bit of thought and a few keystrokes.  If you’re emailing me, posting here on the ranty blog, or sending social network messages about agents or places to send your manuscript, that means you have access to Google.  Do it yourself.

You’re willing to pay my hourly rate with a four hour minimum.
If you’re at all worried about what my hourly rate as a story editor may be, you probably can’t afford it.  I’m a professional writer.  I worked very hard and made a lot of sacrifices to become one.  Like any professional, my time is worth money.

If you can claim a few of these (or just the last one, really), you’re in.  Feel free to drop me a note.  I’m sure most professionals would feel the same way.
If not... please reconsider that request you’re about to send out.  Save yourself some time that you could use to polish your writing.  At the very least, don't be surprised or angry when your chosen author doesn't write back.
Next time... well, I may need to skip next week.  As I mentioned, I’m on a bit of a tight schedule these days.  But next time you check in, I’d like to tell you a fun story about the X-Files and punching Rick Springfield.
Until then, go write.