Is this pathetic or what?  Someone else offers to write a ranty blog post for me and I still can’t get it up on time.  It’s sad, really...
Well, here’s Thom Brannan, author of Lords of Night and (with DL Snell) co-author of  Pavlov’s Dogs and their new book The Omega Dog, talking a bit about clarity.  I’ll be back later this week (hopefully on time) to talk about Easter eggs. 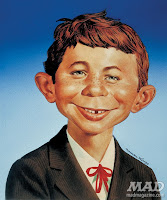