So, true story.  I watched the season three premiere of The X-Files with Rick Springfield.  Yep, that Rick Springfield.  He of “Jessie’s Girl.”
I was dayplaying on a show called High Tide, and for that day’s filming the production had rented two big hotel suites in downtown San Diego.  My friend Alice worked on the show, and she and I were debating if we’d finish filming in time to catch the premiere of The X-Files that night.  We were huge fans, after all, and there was no Tivo or DVR at this point in ancient history.  I’m not even sure I owned a working VCR at the time.
Then the locations manager pointed out the obvious—we were in a hotel suite that had three televisions in it.  Big televisions!  If we promised to keep a low profile, we could just stay late and watch in style.
No, you perverts.  We were just friends.  In fact, I was friends with her boyfriend. 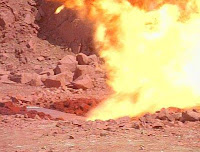 Anyway, after wrap we flopped down on the king-sized bed, turned on the television, and prepared to find out what happened to Mulder in that half-buried train car that had been set on fire by the Cigarette-Smoking Man (remember that cliffhanger?).  And while we were waiting for the show to begin, Rick Springfield wandered in.  Yeah, that sounds crazy, but he was the star of High Tide, so the chances of him showing up weren’t that unlikely.  Rick climbed onto the bed between me and Alice and asked what was on.  We explained the X-Files premiere was about to start.  Rick confessed he hadn’t seen any episodes.
Now, in all fairness to him, it wasn’t THE X-FILES yet, it was still that geeky cult show on Fox.  Another thing Rick didn’t realize was that Alice and I were those cult geeks and we took The X-Files very seriously.  Very, very seriously.  It wasn’t uncommon for her and her boyfriend Greg to have folks over to watch episodes.  And one firm rule was that you did not talk during the show, because nobody wanted to miss anything.
Needless to say, less than a minute into the episode Rick turned to Alice and asked who the Cigarette-Smoking Man was.  Alice shhhhushhed him.  Another minute passed before he asked about the setting.  She shhhhushhed him again and gave him a little slap on the arm.  Agent Scully showed up and he asked something else.  This is when I first backhanded him on the arm.  Not hard, but enough to emphasize Alice’s shhhhushhing.  She smacked him again at his next question.  I hit him on the one after that and we shhhhushhed him at the same time.
So, aside from shameless name-dropping, what’s the point of this story?
The point is that it’s very hard for someone to get into any tale that’s focusing more on the B story than the A story.
As the name implies, the A story is the priority.  The A-Team.  Section A seating.  Getting an A on a paper.  The A story is the main focus of my particular tale, be it novel or screenplay.   If I pick up a copy of  The Hunger Games, the back cover’s going to tell me it’s about a girl fighting for her life in an arena as part of a decades-old tribute.  The A story is what should be most important, and it’s where I want the reader’s attention focused most of the time.
The B story, of course, is secondary.  It’s the subplot or maybe a parallel story that just doesn’t have the weight or repercussions of the main story.  Maybe the supporting characters are dealing with something.  Perhaps it’s the main characters dealing with a less-important or less-pressing issue.  Or it might even be a bit more important than what they’re dealing with right now, but they still have to finish dealing with this issue right now.  Again, in The Hunger Games books, Katniss is torn between two boys she has strong feelings for.  But this doesn’t override the fact that she’s fighting for her life in a deathmatch.  There’s also a strong political element to the story, but this also lurks in the background rather than demanding attention.
All seems pretty straightforward, yes?
Now, I mentioned up above that the A story is where I want my readers to be focused.  It’s where I should be focusing, too.  However, in a lot of genre stuff—books, television, comics—the B story can get too powerful.  As the writers, sometimes we get too concerned with this big universe we’re building and all the back story and set ups and reveals that are going to come somewhere down the line.  And when we do this, we start to forget the A story—what’s going on right now. 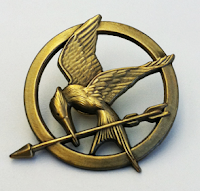 Now, we all understand that eventually the B story catches up with the A story and overwhelms it.  It becomes the A story, and probably a few new B stories have developed in the meantime.  This is the point where people start telling you “Well, you’ve got to watch it from the beginning if you want to understand what’s going on.” With an ongoing series—books or television—this almost becomes unavoidable.  Many long-running series eventually hit the point where people can no longer jump in, because all those setups are paying off and questions are being answered.  If you pick up the third book in the Hunger Games series, it’s pretty much all about the politics... and I can pretty much guarantee you won’t understand any of it if you haven’t read the first two books.  LOST didn’t pick up a lot of new viewers in season five.   Neither did Supernatural in season nine.  Not many people decided to start reading Game of Thrones with the fourth book.
The question is, why would I want to start a story at this point?  Why begin at a place where most people are going to immediately feel alienated?  What benefit do I get by structuring a story in such a way that people immediately think it should be structured another way?
This is a recurring problem I see again and again.  Some writers get so involved with their elaborate B stories that they forget they need to be telling an A story.  There’s tons of flashbacks to cool stuff that happened months ago or mysterious hints about things to come... but nothing’s going on in the here and now.  I’ve seen stories that focus on people who are essentially supporting characters in the story.  Not in a clever, Mary Reilly way—where Dr. Jekyll’s housemaid is the main character and the events in his home are the backdrop—but in a very boring way where the focus of our attention isn’t doing anything while other folks do all the cool stuff.
That’s a good analogy, actually.  My A story is to my B story as my main characters are to my supporting characters.  In the same way that any character needs a real reason to be part of your story, a plot line needs a reason to exist, too.  If my A story serves no purpose except to be what I’m referencing the B story from... well, I really don’t need an A story, do I?  I should just be telling the B story as the A story.
Y’see, Timmy, your A story should always be what’s going on right now.  Your B story, as the name implies, is secondary.  It hangs out in the background.  It doesn’t do as much.  It’s not as important, because it’s the B story.  If it was important, it would be the A story.
So figure out which story you’re telling.  And tell it.
Next time, I’d like to talk about subtlety and a very obscure old movie called Chain Gang.
Until then, go write.